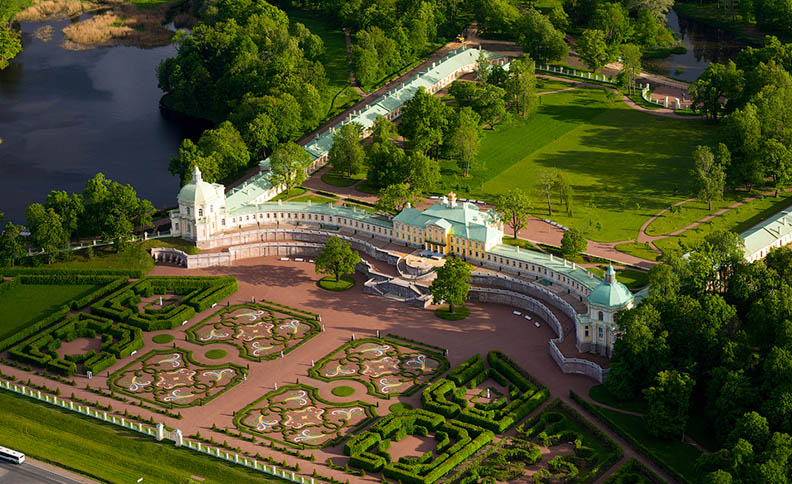 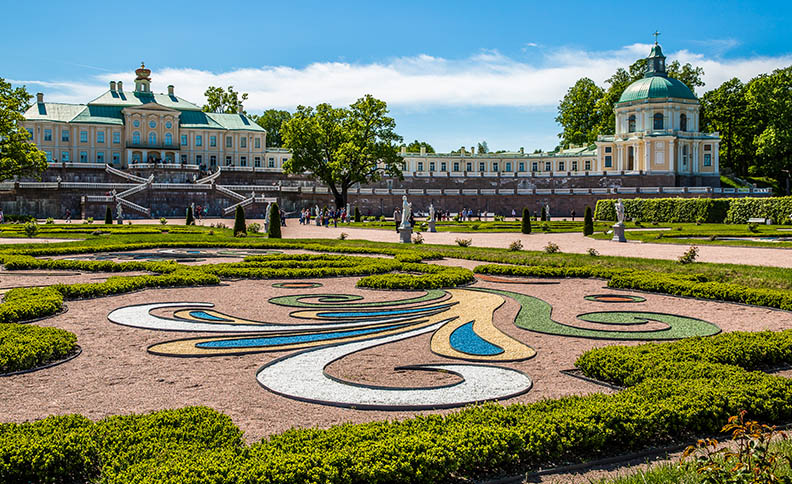 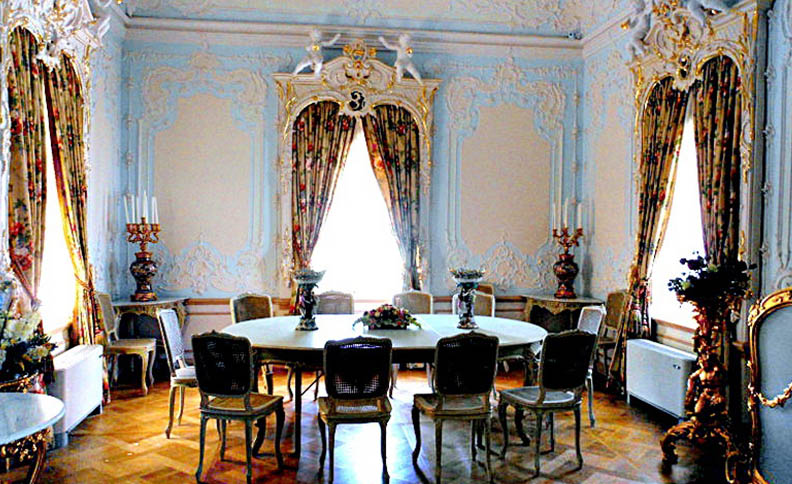 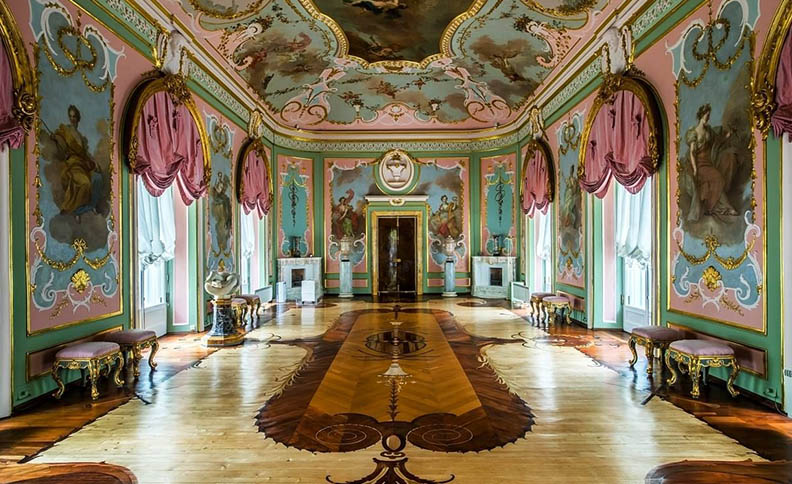 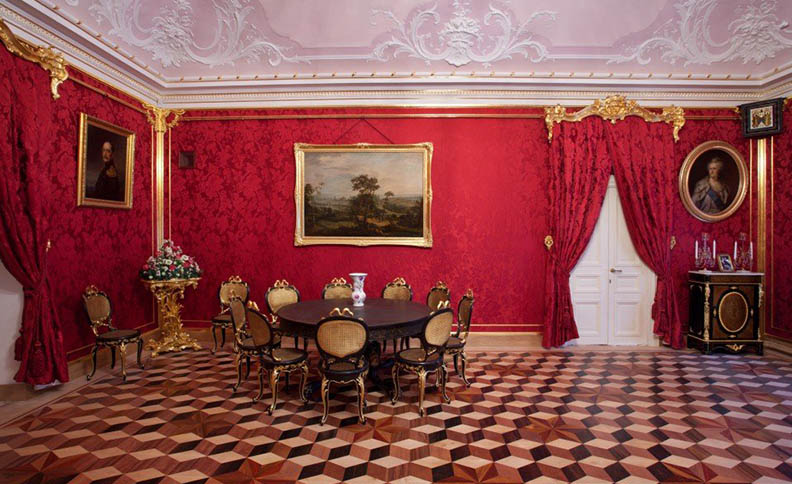 The Oranienbaum: Park & Palace ensemble, located on the Southern coast of the Gulf of Finland in 40 km from St. Petersburg, is the monument of the 18th century Russian culture. In 1707 Peter I presented these lands to his friend and associate Prince A.Menshikov. He started the construction of an impressive estate here which was named Oranienbaum or “orange tree”. In 1710-20 architects D.Fontana and G.Schedel created a magnificent Baroque ensemble which included the Grand Palace and the Terrace Park. The canal ended with the harbor was dug across the land to connect the palace with the Gulf of Finland. In 1743 Elizabeth I presented the residence to her nephew Grand Duke Peter, future Emperor of Russia. Architect Rastrelli was invited to restore the palace and redesigned the interiors. At the same time architect A.Rinaldi constructed a small fortress for Peter III to train regiments- Peterstadt. After Peter III’s assassination in 1762, Empress Catherine II started the construction of her own country estate. In 1762-74 architect Rinaldi built the Chinese Palace and the Sliding Pavilion which impressed with lavish decoration. Oranienbaum is the only St. Petersburg suburb that was not occupied by the Nazis during the Second World War. Although the complex was damaged, the palaces have retained their unique 18th century decorative appearance.

Visit the grand locations Oranienbaum: Park and Palace   and many more that St Petersburg has to offer!
Contact us@ Russian InfoCenter to Book Classic Russia tour 5n/6d and more tour packages from India to Russia
Choose from flights ex Delhi, Mumbai & Calcutta