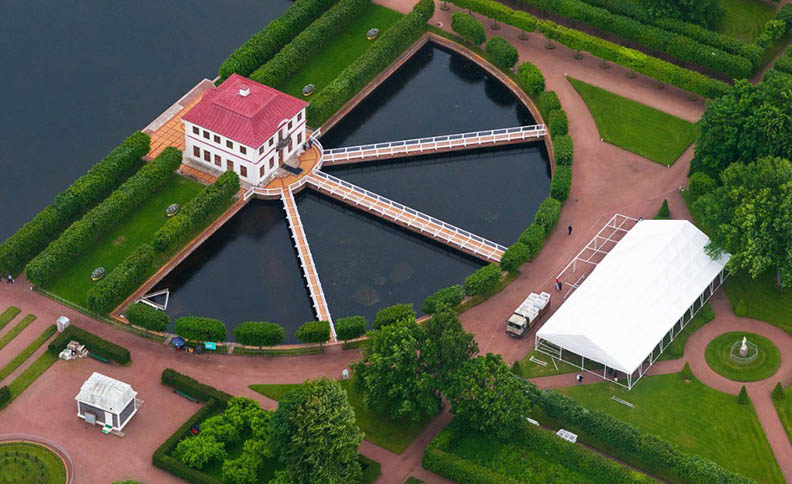 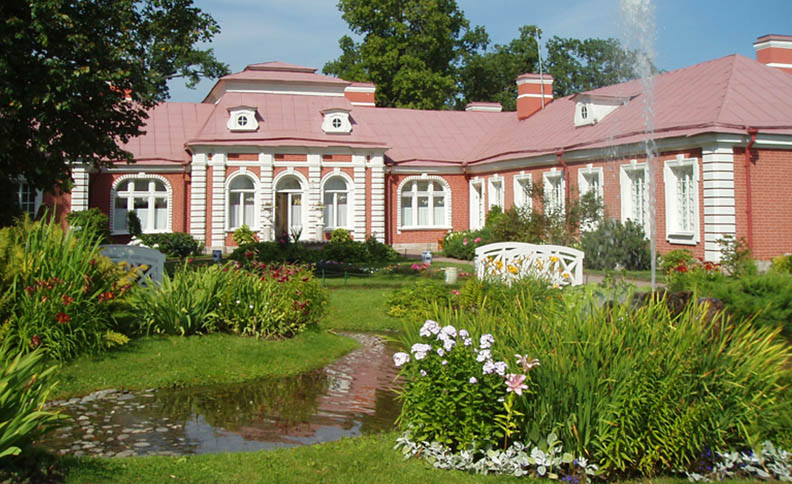 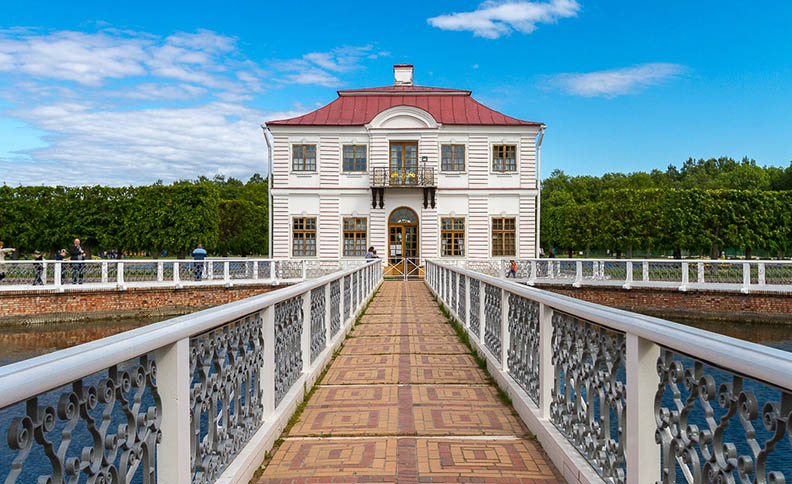 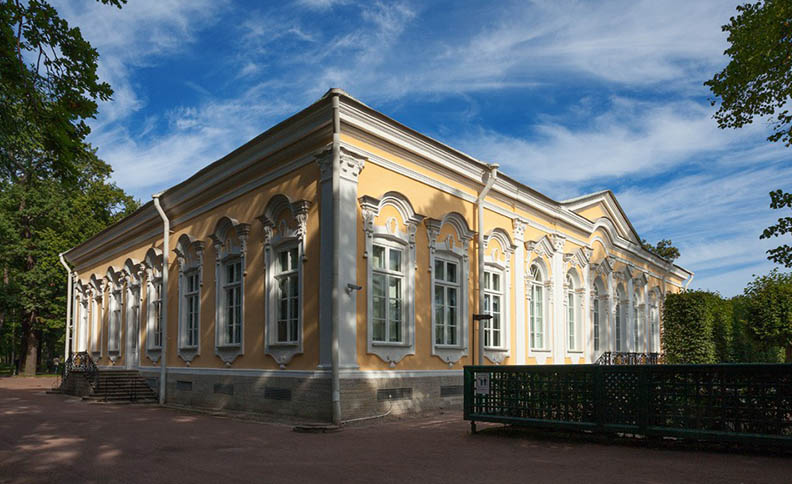 The Monplaisir Palace was constructed by Braunstein, Le Blond, Michetti in 1714-23 on a man-made terrace very close to the waterfront. This modest, one-stored building was the favorite palace of Peter I. The exteriors and interiors of the Monplaisir Palace are decorated according to the fashion and tastes of the Russian Tsar. Here he accepted foreign guests, held parties and family celebrations.

Catherine’s Block was added by architect Rastrelli for Elizabeth I in 1747-59. However, it got its name because of Catherine II. From this palace she secretly went to St. Petersburg after assassination of her husband Peter III. It was used for various kinds of festivities of the members of the Russian royal family.

In 1866 the Bathhouse was put up by architect E.Gahn as the complex of warm, cold, and steam baths for Empress Maria Alexandrovna, the wife of Alexander II. The Assembly Hall, the Kitchen Block with the Pantry and the Coffee-Room adjoins the Bathhouse and comprises one building. These structures are the rare samples of such types of buildings, which have been preserved till our days.

The Hermitage was built by architect Braunstein for Peter I in 1721-25. The French word translated into Russian as hermit’s dwelling. In this sense the two-storey building is situated far from the main paths, close to the sea. It is surrounded by a moat with one drawbridge, so guests were completely isolated from the outside world. The ground floor was occupied by kitchen and the first floor was used for parties and receptions.

The Marly Palace was designed by Braunstein in 1720-23. It was named by Peter I after his visit to the hunting palace of French kings at Marly. At present there is the exhibition devoted to Peter the Great’s time.

Visit the grand locations Peterhof Park: Pavilions and Palaces  and many more that St Petersburg has to offer!