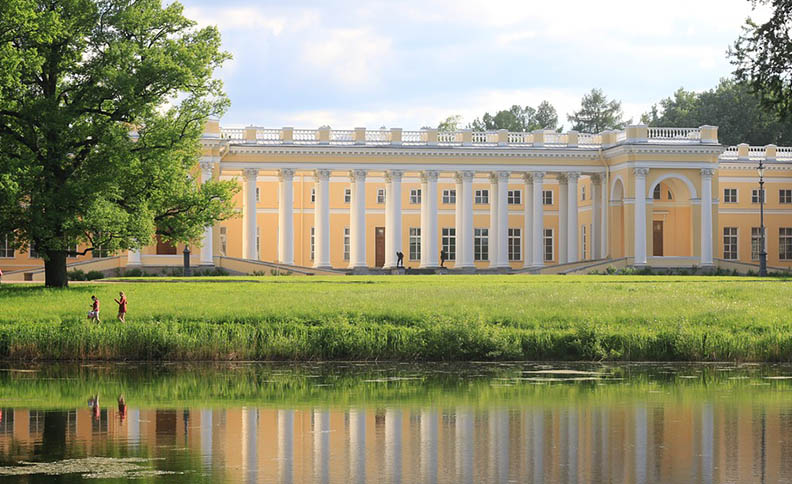 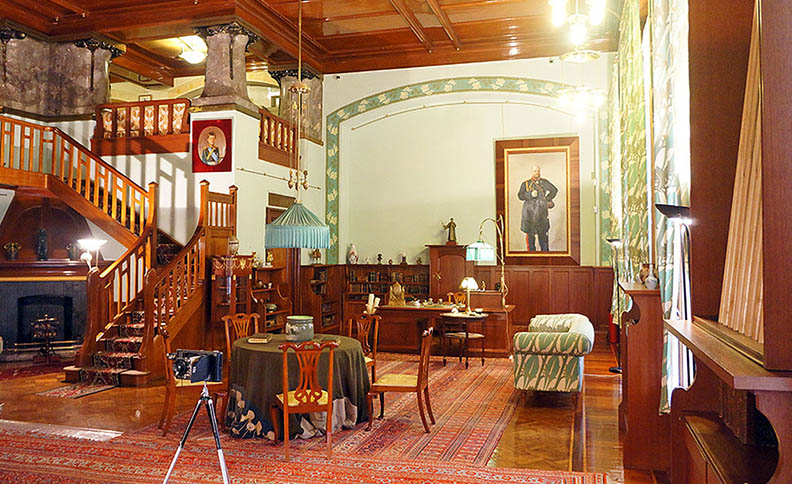 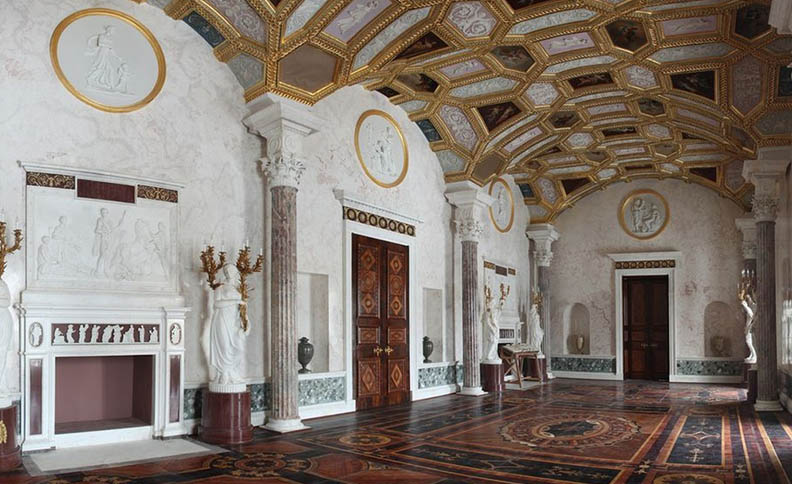 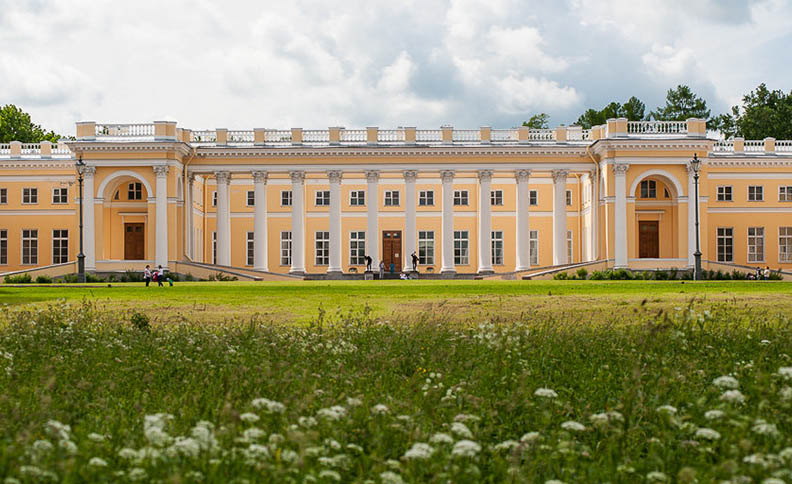 The Alexander Palace, Pushkin was commissioned by Catherine II for her favorite grandson Alexander, the future Emperor Alexander I. In 1792-96 architect  G.Quarenghi built the residence in Classical style for the heir of the throne surrounded by the landscape park. The interior of the Alexander Palace was considerably changed by the last Russian Emperor Nicholas II and his wife Alexandra Fedorovna. In 1890s architect F.Meltzer designed the rooms for the royal family in the Art Nouveau style. The Alexander Palace became the last residence of Nicholas II and his family, where they stayed after his abdication in March of 1917 till their exile to Tobolsk. In 1997 the museum was opened devoted to the last Romanovs.