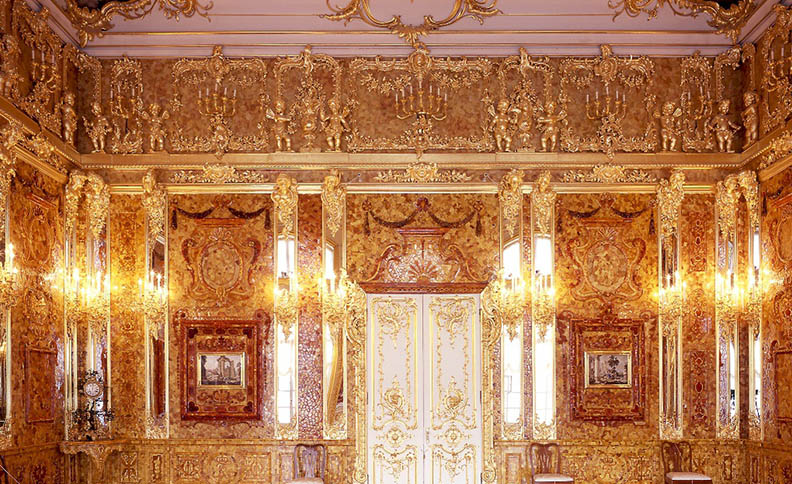 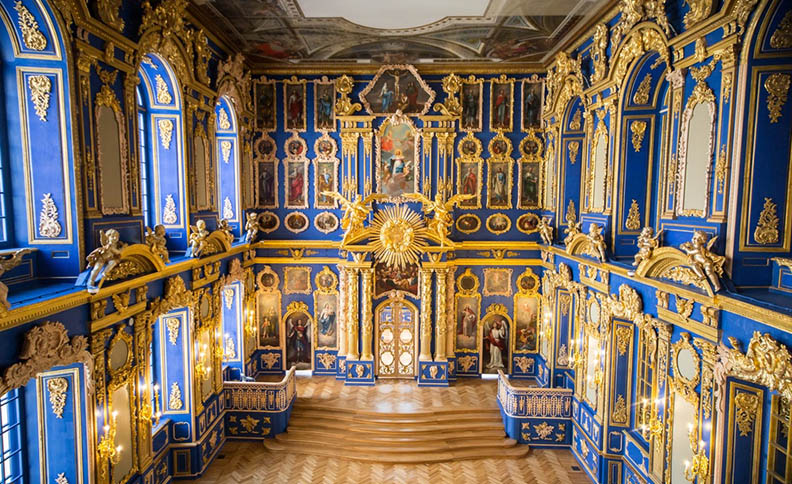 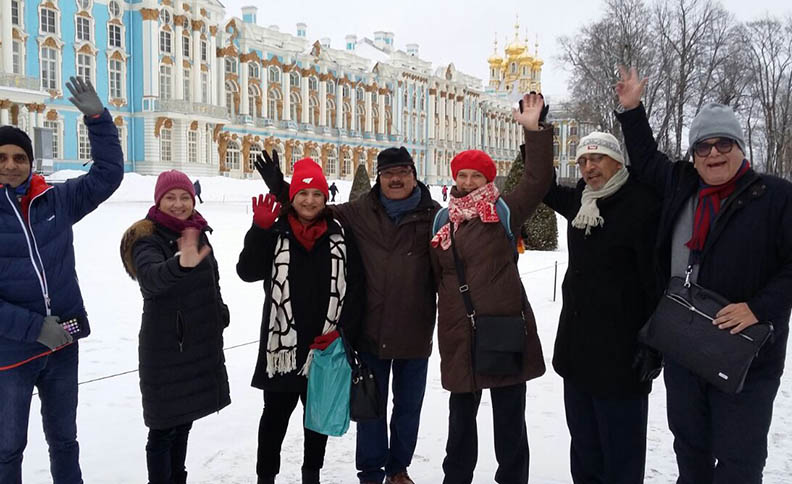 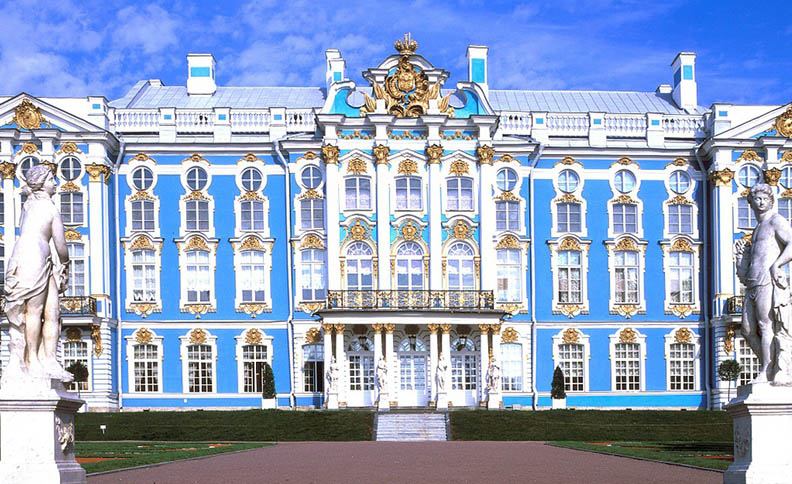 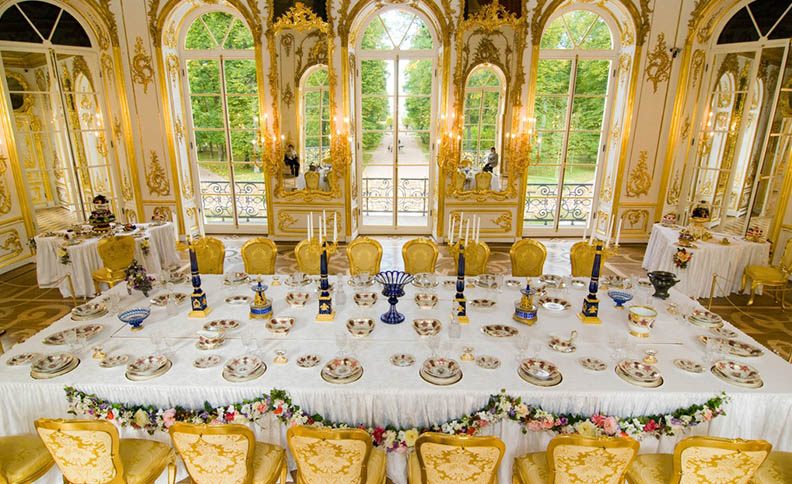 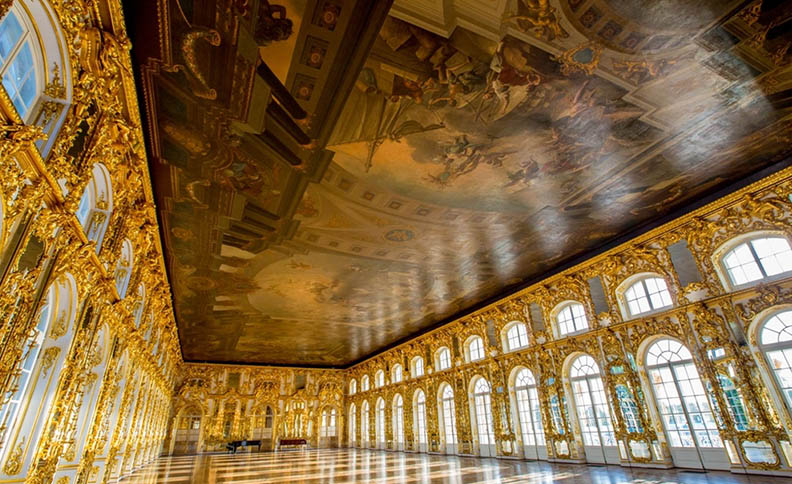 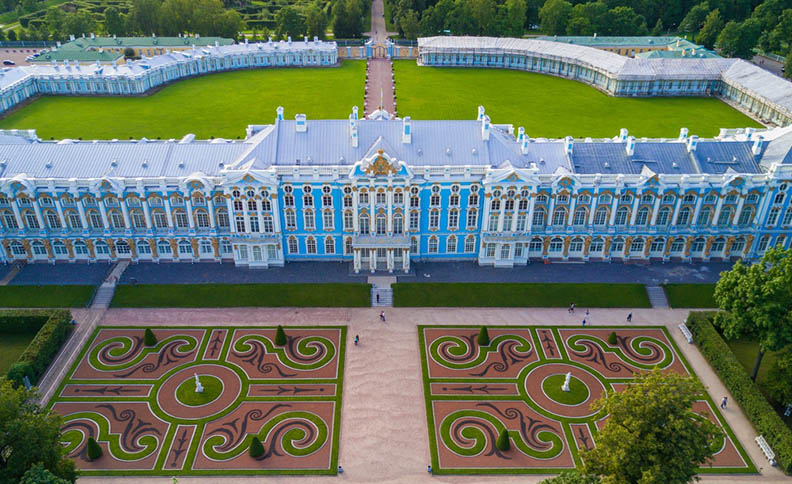 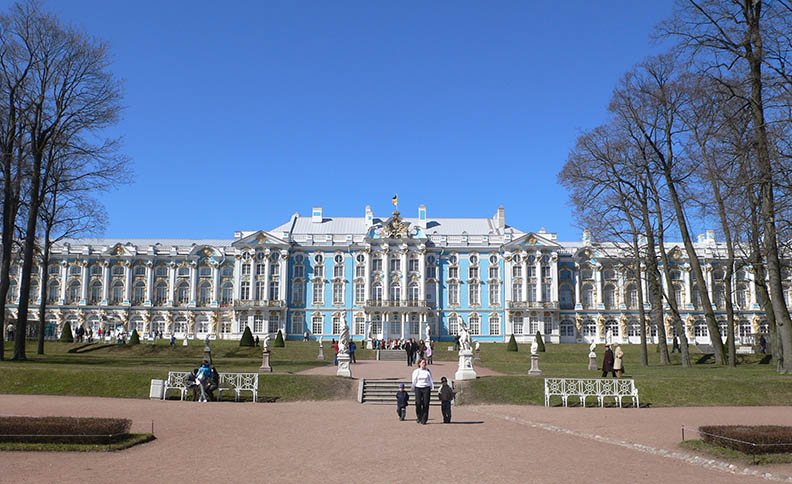 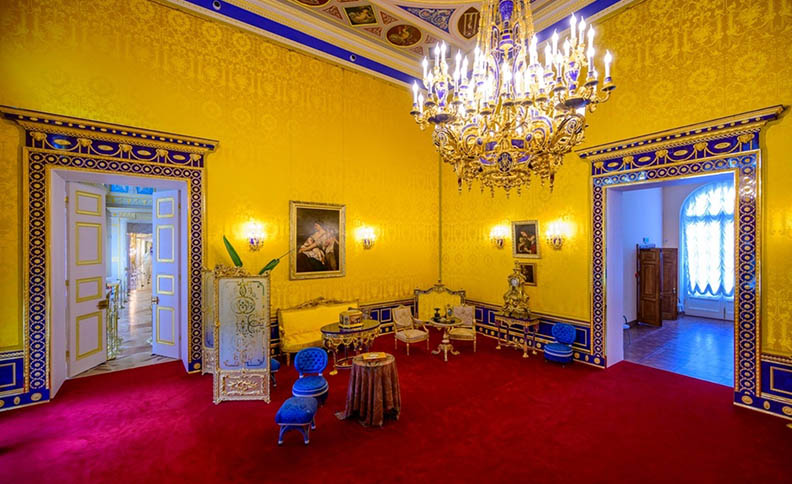 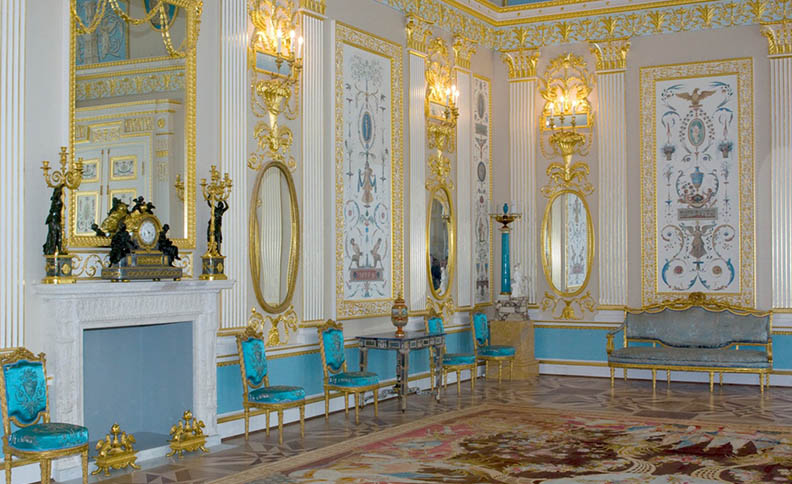 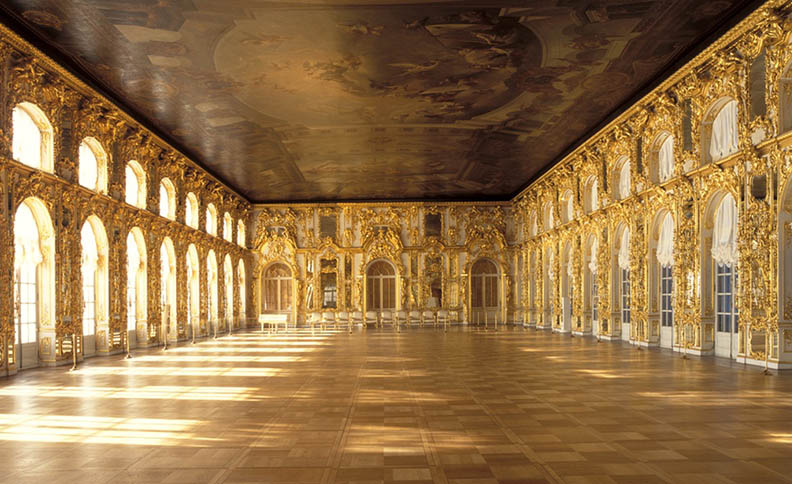 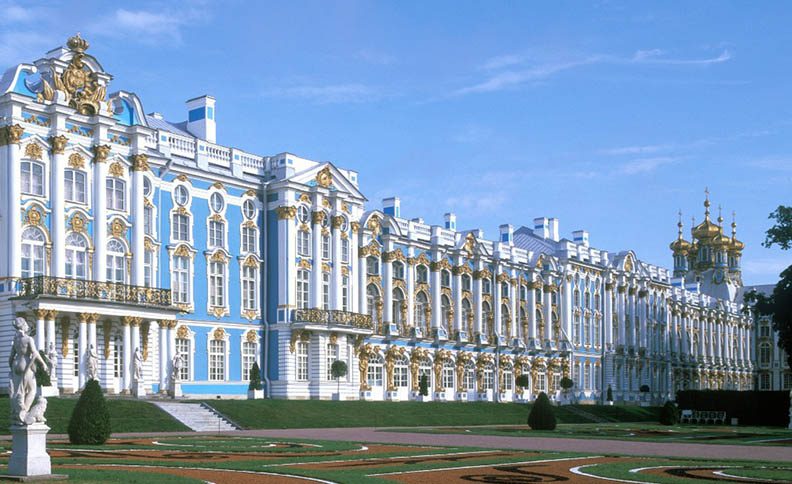 The Catherine Palace in Pushkin, once this area belonged to Novgorod but in 1617 was annexed by Sweden. In the early 18th century Peter I restored this territory to Russia after he started the Northern War with Sweden.

Peter I presented these lands to his wife Catherine I. In 1710 the residence was founded on the spot of a Finnish farmstead Saari Moys. In 1718 architect J.Braunstein built a small two-storey stone mansion with sixteen rooms. The terraced regular garden was laid in front of the palace. In 1724 the construction was completed and the residence was officially opened. The same time the place got the Russian-sounding name Tsarkoe Selo or in translation Tsar’s Village. In 1740s large-scale construction work started by the order of Elizabeth I. Architects M.Zemtsov, A.Kvasov, and S.Chevakinsky participated in the creation of the palace, but the Empress was dissatisfied with the result.

Finally, B.Rastrelli was commissioned to complete the works which lasted from 1752-56. The architect produced the grandiose Baroque ensemble with magnificent 300-meter façade of turquoise color with numerous windows, moldings, balconies, and statues.

The palace contains the sumptuous Grand Hall and Golden Suite of state rooms, including the world renowned and absolutelty stunning restored Amber Room. The principal features of Rastrelli’s décor are gilded wood carvings, mirrors, ceiling paintings, and parquet floors. In two hundred years of its existence the interior of the Catherine Palace underwent a series of alterations. In the 1780s some apartments were decorated in the classical style to the designs of Ch.Cameron for Catherine II.

The Green Dining Room, the Bedchamber, and the Butler’s Room reflect the strong interest in antique art with its elegant proportions, sculptural decoration, and delicate color scheme. In the early 19th century architect V.Stasov was invited to redecorate several rooms for Alexander I.

The State Study, the Vaulted Communicating Room, and Oval Anteroom were designed in the Imperial style or Late Classicism in the austere and stately manner. The interiors appeared in 1840-60s were according to the tastes of the eclectic, when various architectural forms of the past were skillfully combined.

The Main Staircase and the Chapel Vestibule were created during those years.

It is one of the most fascinating interiors in the Catherine Palace. Its décor, a unique work of applied art, was based on amber panels with exquisite engraving. Designed by architect A.Schluter and made with superb craftsmanship by German carvers, the panels were given to Peter I as a diplomatic gift by the King of Prussia in 1716. However, it was only in 1755 that Rastrelli used them for the decoration of the palace. He ornamented the panels with gilded wood carvings, added mirrors, and placed four multi-colored mosaic panels in impressive amber frames. During the World War II the amber panels were plundered by the invaders and have not been found to this day. In 1979 the Soviet government started the recreation of the Amber Room. In 2003 the complicated restoration was finished and the room was opened to public.