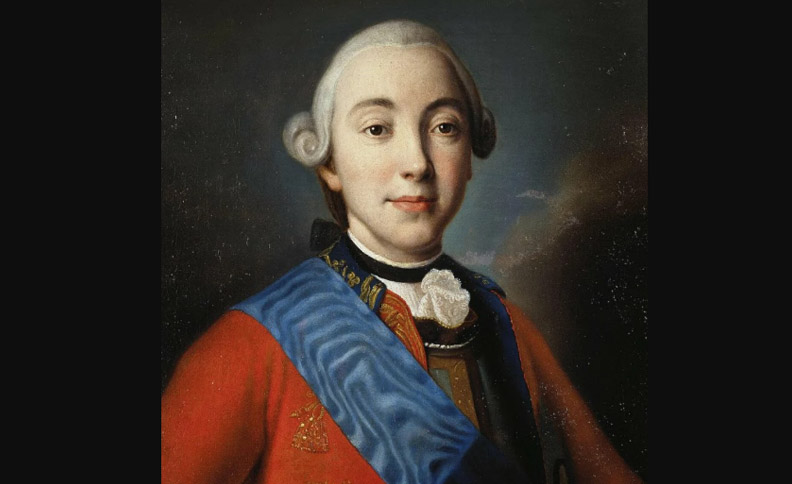 Emperor Peter III was the son of Peter the Great’s daughter Anna and Duke Carl Friedrich IV of Holstein. In 1741 Elizabeth invited her nephew to St Petersburg to ensure that the throne passed to her father’s descendants. Carl Peter Ulrich was converted to the Russian Orthodox Church as Peter. In 1745 he married Princess Sophie Friederike Auguste of Anhalt-Zerbst, the future Catherine II. When Elizabeth died in 1761, her nephew ascended the throne as Peter III. In 1762 he was dethroned as a result of a palace coup initiated by his wife and was killed.