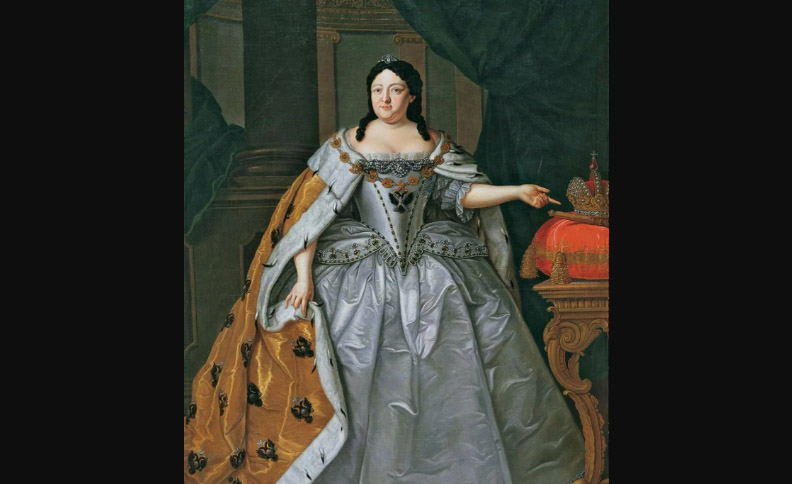 Empress Anna I was the daughter of Ioann V- the brother of Peter I. She married   Duke of Courland who was the nephew of King Frederick I of Prussia. Two months later Duke died and Anna ruled Courland. After death of Peter II in 1730, the Privy Council decided to offer the Russian throne to Anna who came to Moscow and was crowned. In 1732 she transferred the court back to St Petersburg from Moscow.