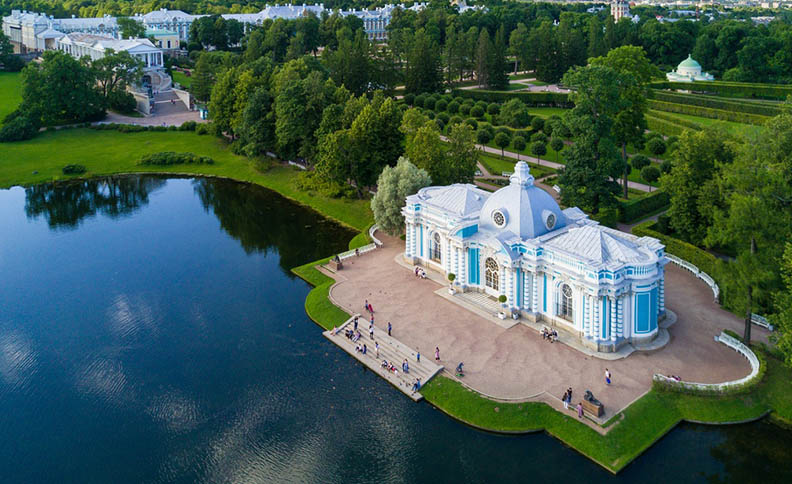 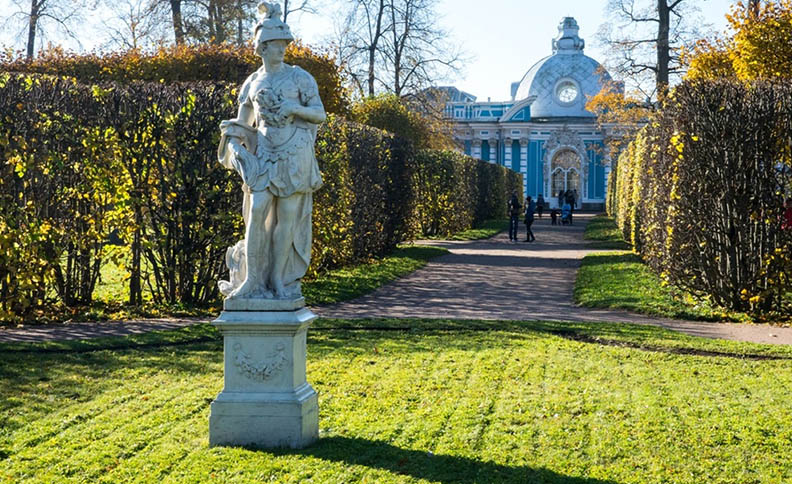 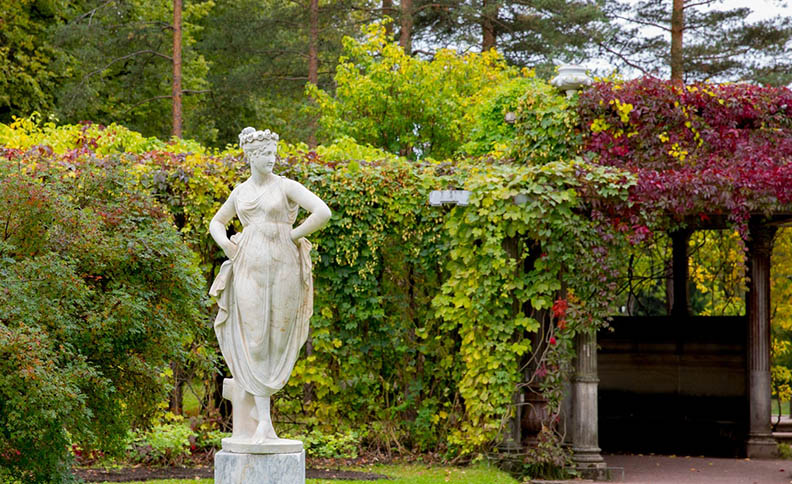 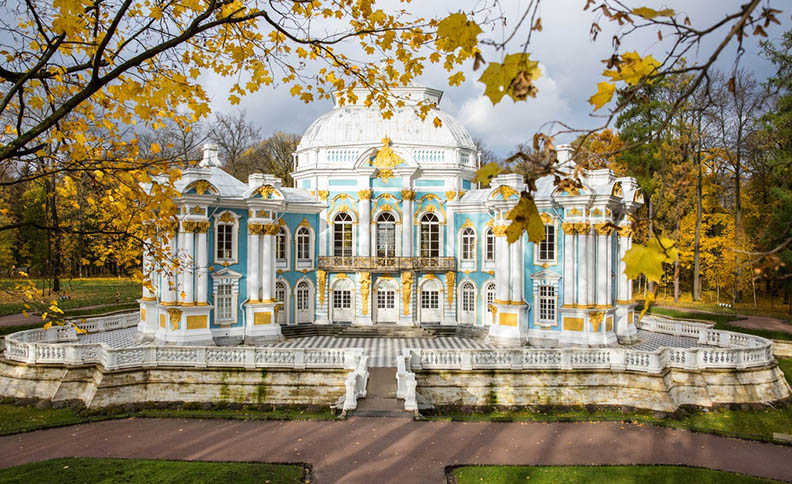 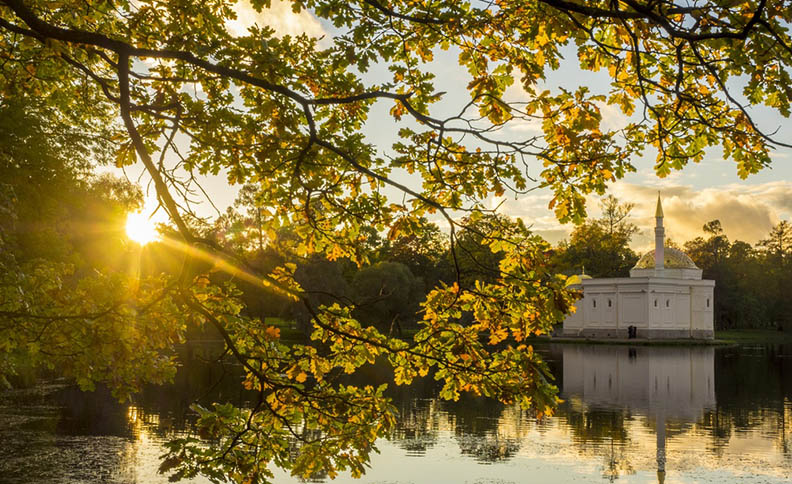 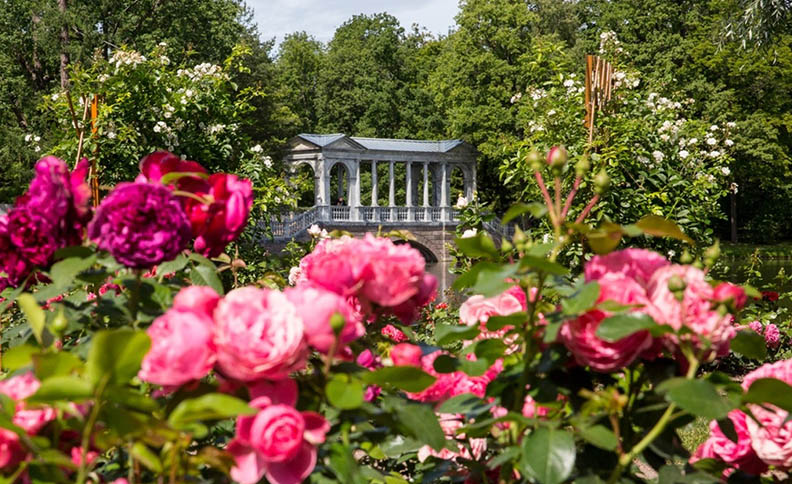 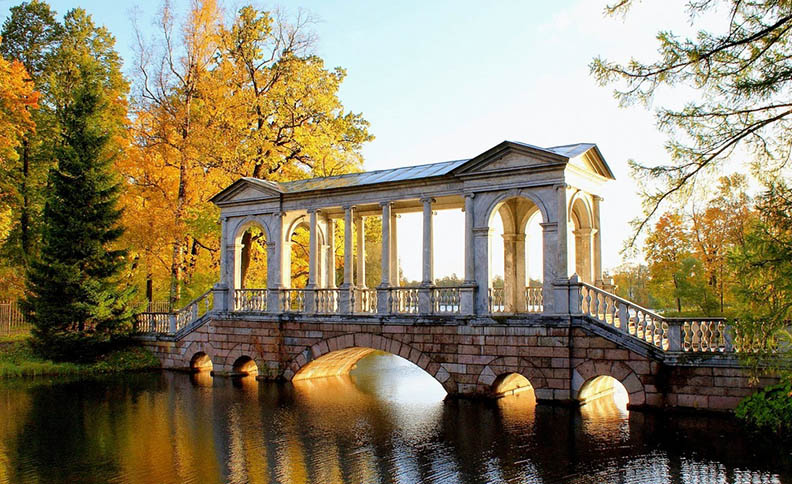 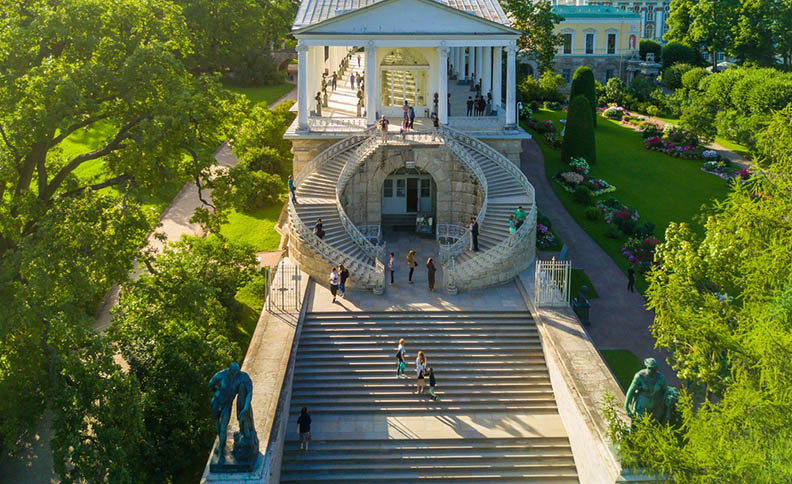 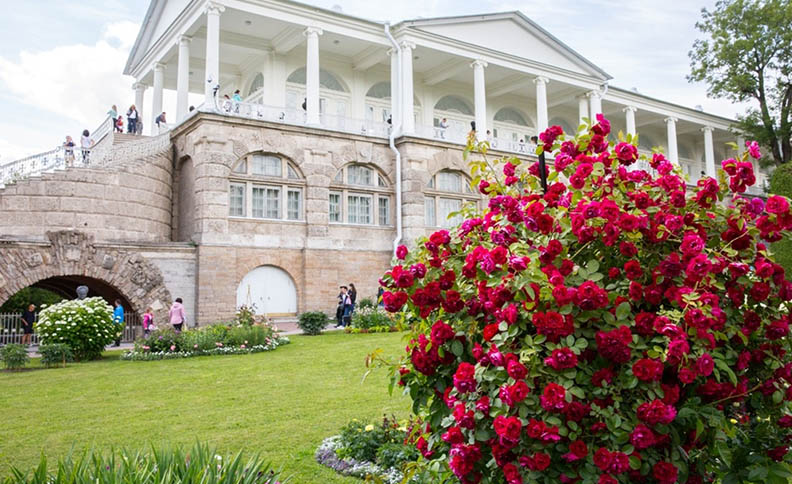 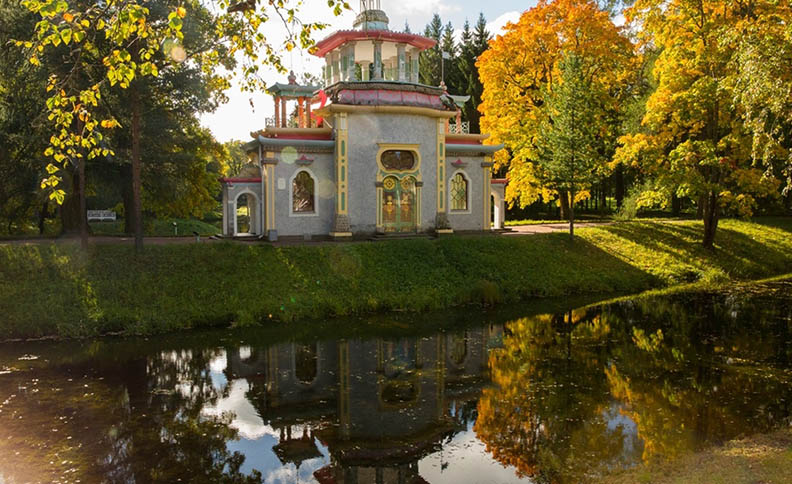 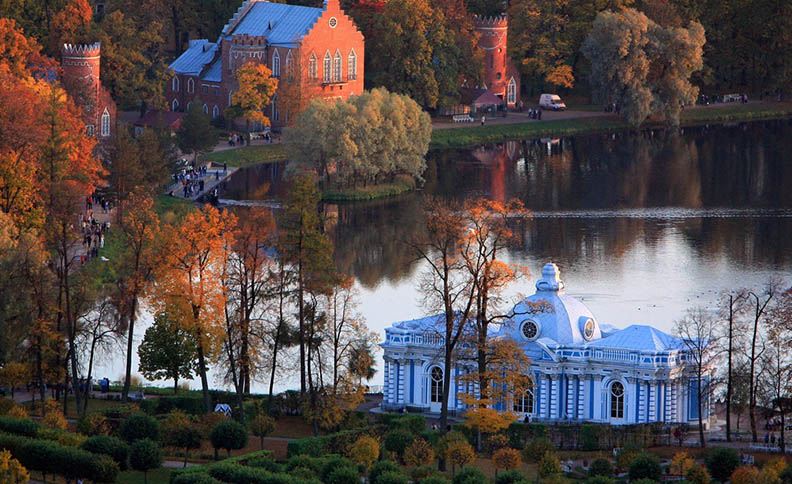 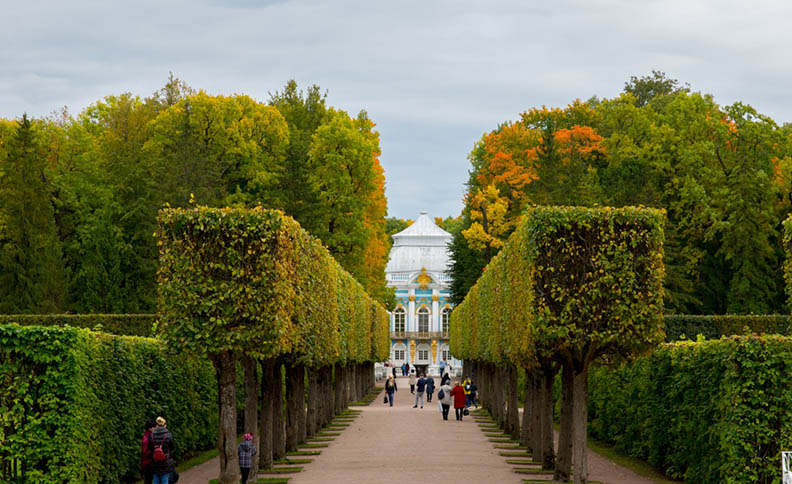 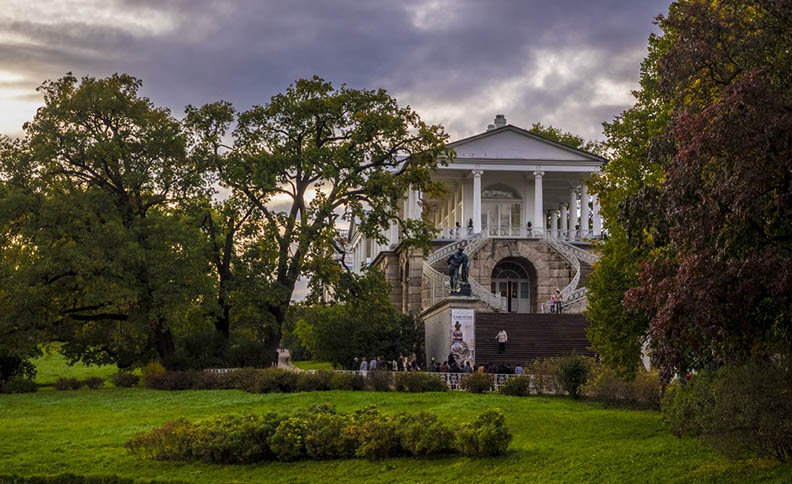 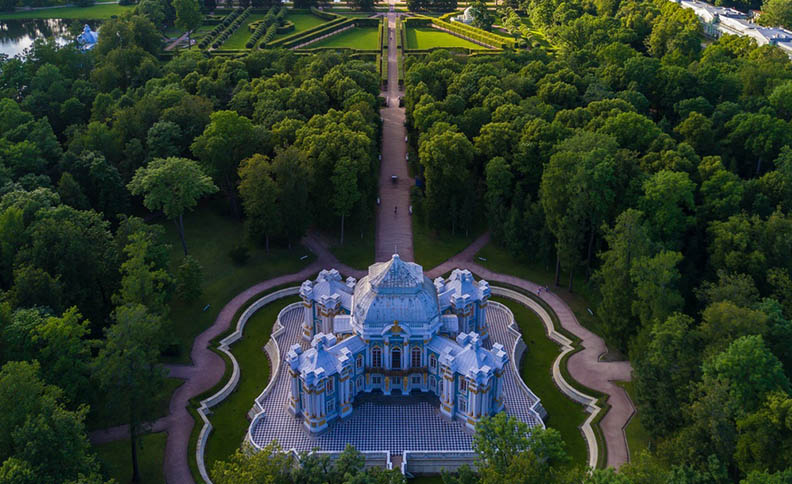 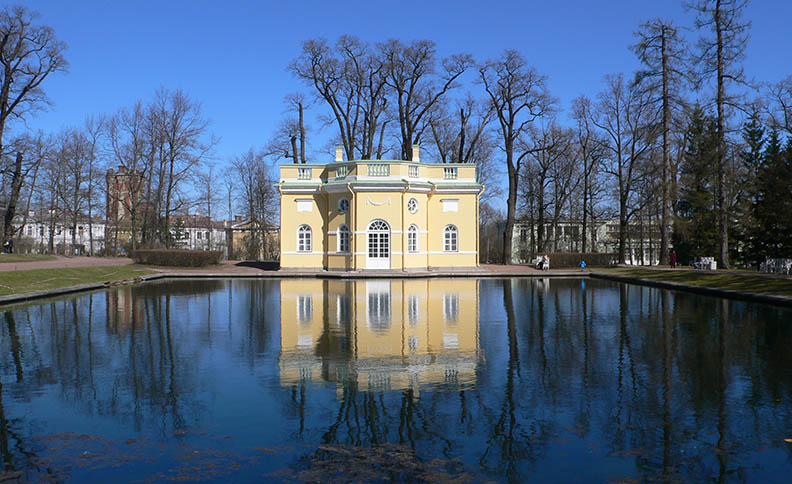 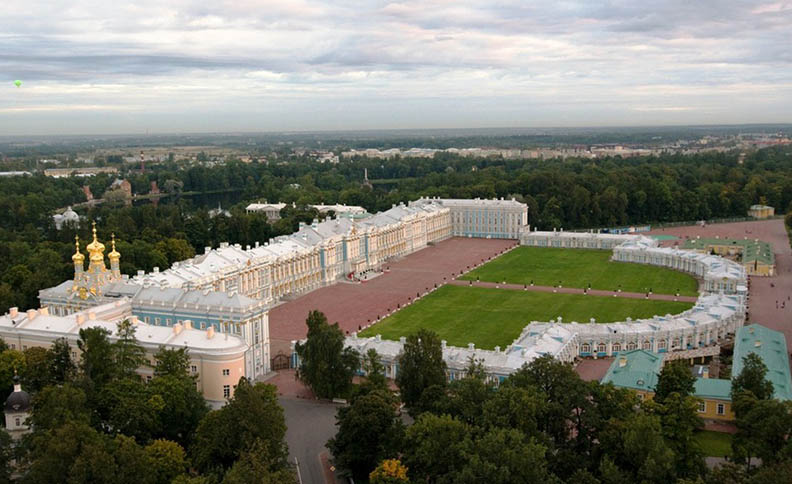 The Catherine Park ensemble was created by the talented Russian and foreign architects and gardeners of the 18th and 19th centuries. On the area of 100 hectares pavilions, bridges, monuments, exotic structures were built in Baroque, Classical, gothic, Turkish, and Chinese architectural styles. The regular or French garden was laid in 1720s and enlarged in 1750s. Whimsical combination of symmetrical alleys and paths, artificial ponds, marble sculptures, trimmed bushes and trees were in fashion at that time.  The Hermitage and the Grotto Pavilion were built by Rastrelli for Elizabeth I’s receptions and parties. In 1770s the view of the park was changed as English or landscape garden style became popular. Picturesque groves, rural lawns, shadow alleys appeared.

In the time of Catherine II elegant pavilions in classical style were built in the park by the best architects of that time. The Cameron Gallery, the Upper Bath, Lower Bath, the Admiralty by I.Neylov, the Concert Hall by G.Quarenghi was constructed here. In the 19thcentury the Turkish Bath by I.Monighetti and the Milkmaid Fountain by sculptor P.Sokolov were put up in the park.