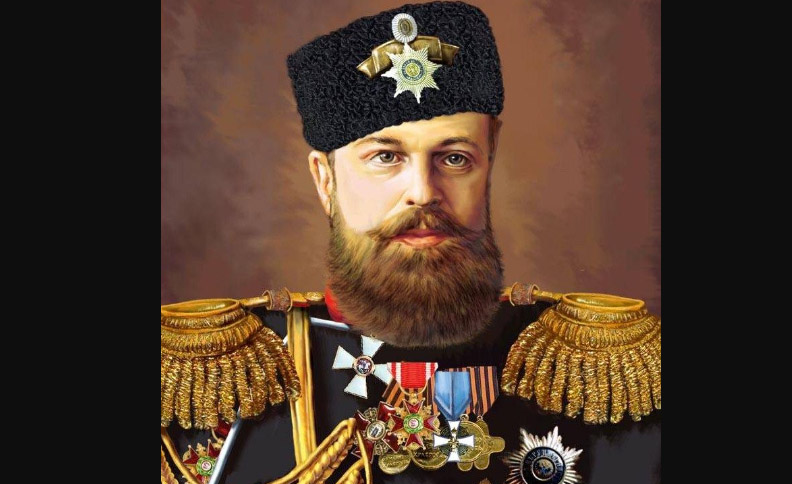 Emperor Alexander III was the second son of Emperor Alexander II. The sudden death of his elder brother Nicholas in 1865 meant that Alexander became the heir to the Russian throne. He received a good education and spoke three foreign languages. He participated in the Russo-Turkish War and was awarded the Order of St George (second class). He married Princess Marie Sophie Frederikke Dagmar of Denmark converted to Orthodoxy as Grand Duchess Maria Fedorovna. She bore six children.

Alexander inherited the throne at a difficult time for Russia. The Russian economy had still not recovered from the war with Turkey. The terrorist organizations were formed, for security reasons Alexander III lived away from St Petersburg in Gatchina. From there, he set about restoring law and order in the country. Alexander implied the principle of “Russia for Russians” and strengthened the power of administration. The laws were designed to ease the life of peasantry: lowering of redemption payments and compulsory purchase of peasant plots (1881), the foundation of Peasant Land Bank (1882), abolishing of poll tax introduced by Peter I (1886). He regulated working conditions in factories and limited the working hours for children and women (1882). One of his most popular reforms concerned the limitation of the number of grand dukes on the civil list (1886). In foreign policy, Alexander III broke with the Triple Alliance of Germany, Austria-Hungary and Italy. In 1892, Russia signed a military alliance with France. His skilful international policy provided peace and stability in Europe for many years and under his reign Russia did not participate in wars; Russia’s prestige was raised. For this, Alexander III was known as “peace-maker”. In 1894 Alexander died because of kidney disease in the Crimea.