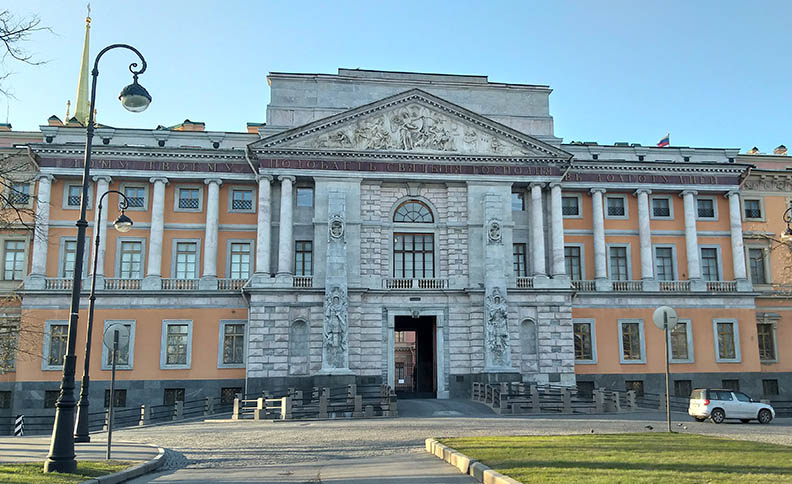 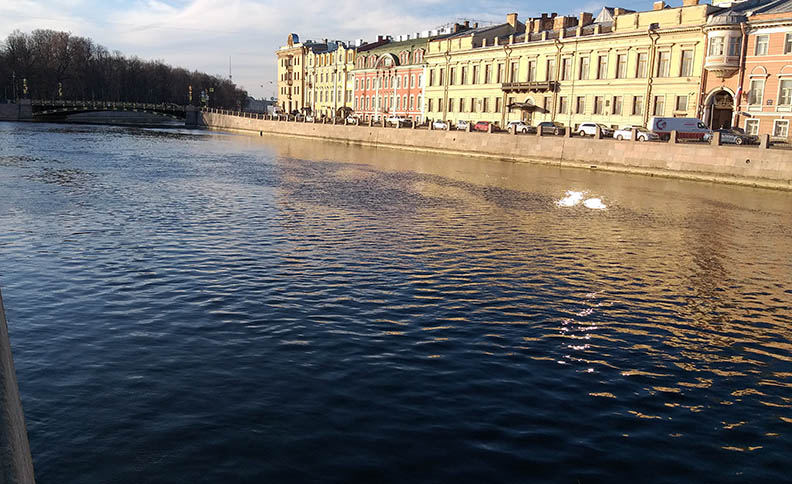 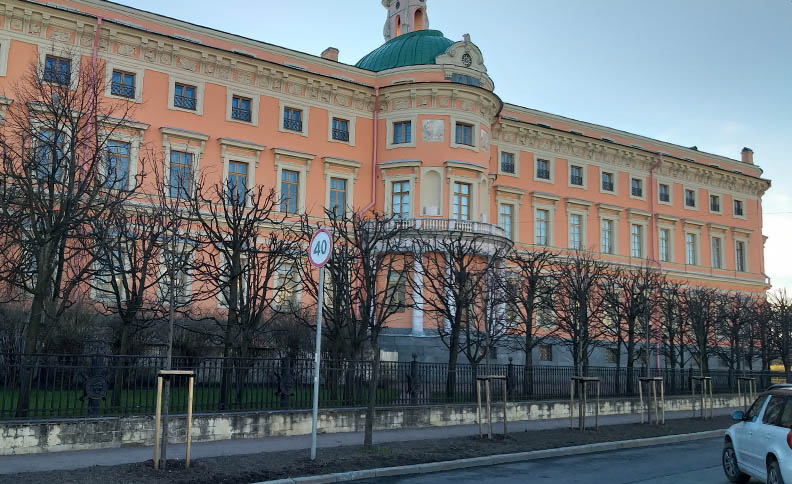 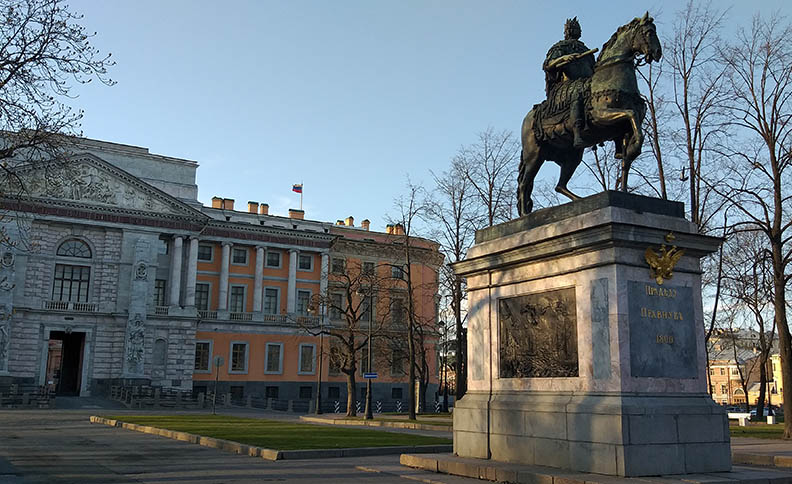 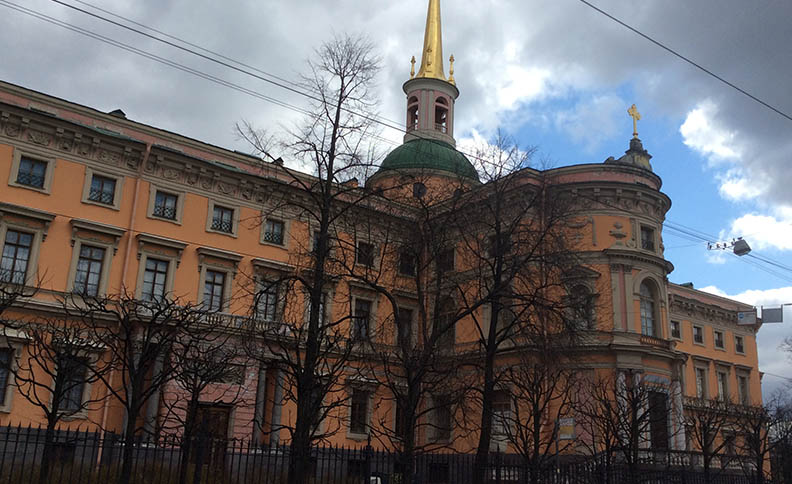 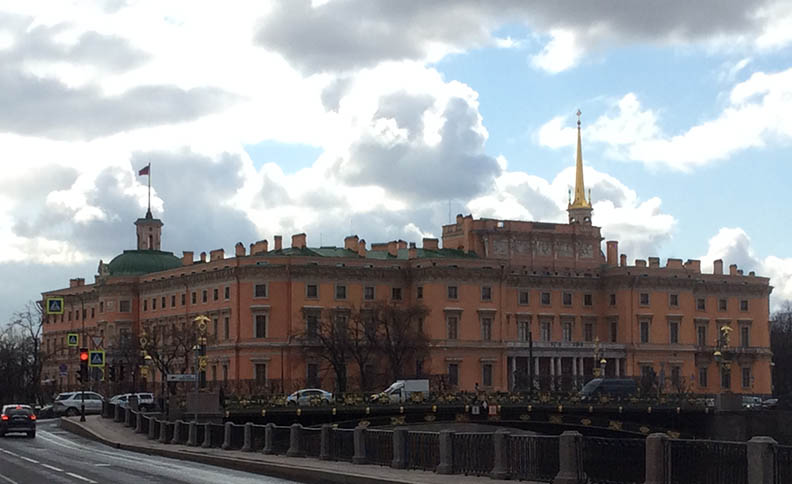 The Mikhailovsky Castle is one of the most mysterious places in Saint Petersburg. Since it was built, there are many legends about it. Unusual in St. Petersburg the medieval appearance and style of the building, the appearance of the facades, and the life of the owner – the Russian Emperor Paul I (1754 – 1801) all this causes genuine interest.

Such structures are quite unusual for XVIII-century Petersburg. The castle is surrounded by moats with water, drawbridges and cast-iron bars. It looks like a medieval fortress, and this is not surprising, because the Emperor wanted it to host meetings of Maltese knights. The facades of the Mikhailovsky Castle are not similar to each other. According to legend, at one of the balls hosted by Paul I, Princess Anna Lopukhina (1777 – 1805) dropped her glove. The Emperor picked it up and immediately noticed the unusual reddish-brick color. Paul I was so impressed that he ordered to paint the facade of the Palace in this shade.

The castle was laid on February 26, 1797 and was built in just four years, in record time. Paul I was very afraid of conspiracies and wanted to hide in a secure and protected fortress as soon as possible. That is why Mikhailovsky Castle looks like a closed structure with a square courtyard. Two architects Vasily Bazhenov (1737 – 1799) and Vincenzo Brenna (1747-1820), but, according to legend, there was a third – Paul I. They created the only Palace in Russia in the style of romantic classicism.

Why is the owner called Pavel, but the castle is called Mikhailovsky? It is believed that the Palace was named after the Church consecrated on St. Michael’s day. There is a legend that an unknown man appeared to one of the sentries of the Summer Palace of the Empress Elizabeth (1709 – 1762), which used to be located on the site of Mikhailovsky Castle. He said that a new palace should be built on this site and named after the Archangel Michael, and disappeared. So they did.

After all most legends are connected with the dramatic episodes in the fate of the Emperor Paul I. The facade is decorated with the inscription: «Domu tvoemu podobaet svyatynya Gospodnya v dolgotu dnej » («Your house is the Holy place of the Lord in the length of days»). According to legend, Saint Xenia of Petersburg predicted that Paul I would live as many years as the letters in this phrase, and there are 47 of them. On February 1, 1801, Paul I and his family moved to their residence. The Emperor had to live in Mikhailovsky Castle for only 40 days. The secure Palace that had been created to save the unfortunate Emperor had played a trick on him. The residence lost its owner, and mysterious things began to happen to the castle – at night, moans, footsteps and the clink of chains could be heard in the completely empty residence. Even at the present time, it is said that if you look at the windows of Mikhailovsky Castle after midnight, you can see a gray figure – the spirit of Paul I.

Now Mikhailovsky Castle is a branch of the Russian Museum. The restored halls have permanent exhibitions, because the interior decoration is as beautiful as the exterior of the building. There are special night tours that include a tour of the Emperor Paul’s chambers. You need to sign up for them in advance, as they are very popular.

If You can’t wait to look at the secrets of the Imperial family from the inside, unravel all the secrets and secrets and enjoy the view of the interiors, then Mikhailovsky Castle is the perfect place for You.

Visit the grand locations Mikhailovsky Castle  and many more that St Petersburg has to offer!
Contact us@ Russian InfoCenter to Book Classic Russia tour 5n/6d and more tour packages from India to Russia
Choose from flights ex Delhi, Mumbai & Calcutta