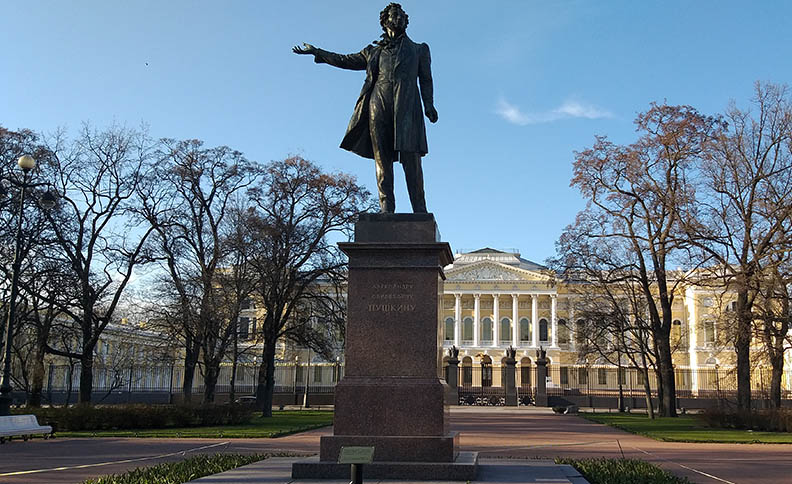 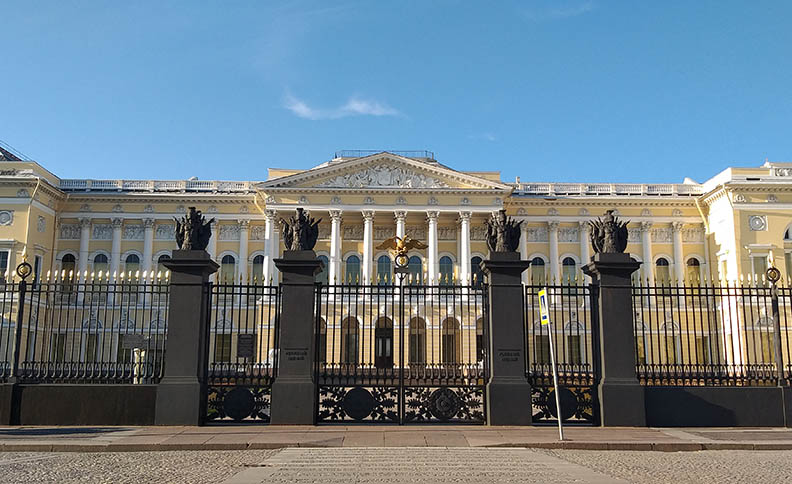 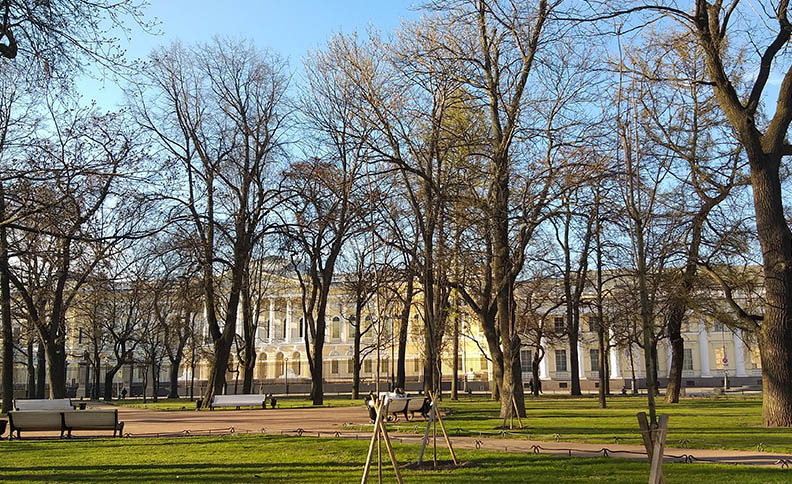 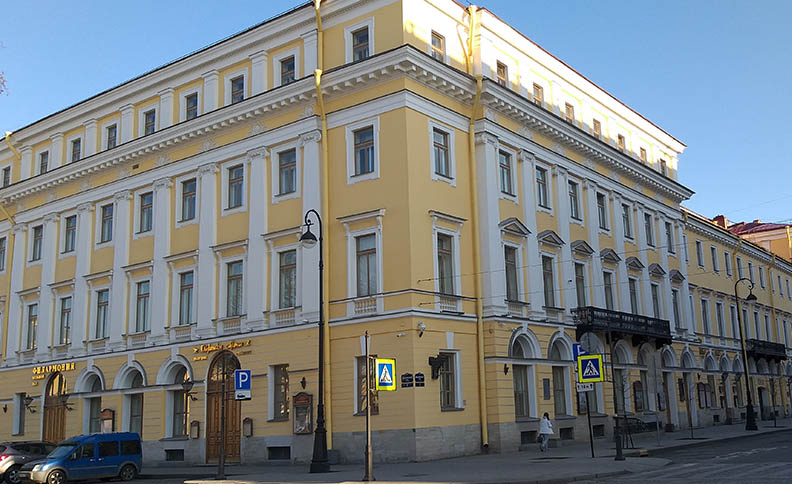 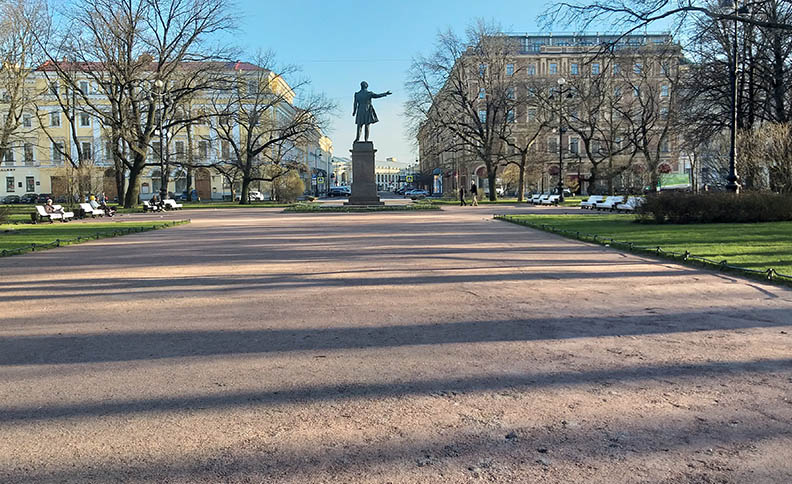 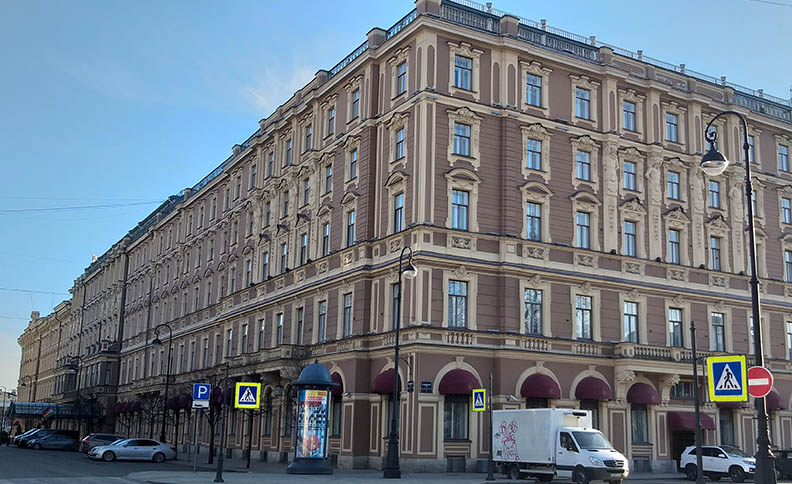 In the early 19th century construction there was a tendency to create whole ensembles of streets and squares. The Square of Arts is one the perfect samples of that principle carried out by architect Carlo Rossi in 1820s. The architect made designs for the facades of all the houses but they were completed by other architects. The compositional centre of the square is the Mikhailovsky Palace finished in 1825 and designed in elegant classical style. It was put up as the residence of Grand Duke Mikhail, the junior son of Paul I and the younger brother of Alexander I. In 1895 it went to the Treasury with the purpose of arranging the museum in it. In 1898 Nicholas II opened the Imperial Museum of Russian Art devoted to his father Alexander III. Now it possesses the largest collection of Russian fine art, as well as applied and folk art. The museum exhibition covers one thousand history of the development of Russian art from the ancient icons up to modern days.  The collection numbers nearly four hundred thousand items. The museum collections grew in time and the western wing of the museum was added on the corner of Inzhenernaya Street and the Griboedov Canal. The building was designed by architects L.Benois and S.Ovsiannikov in 1910-1912.

The Mikhailovsky Theatre   was built by architect Rossi in 1833, the interior layout was designed by Briullov, and was reconstructed in 1859-1860 by Kavos. In 1833 the theatre was opened and it was mainly used for concert performances. Before the revolution of 1917 a permanent French company performed here. In 1918 the Maly Opera and Ballet House was formed. In 1990 it was named after M.Musorgsky.

The Grand Hotel Europe was built in 1875 by L.Fontana and redesigned by Lidval in 1908-1914 in the Art-Nouveau style. It is a five star comfortable hotel lavishly decorated.

The Noble Assembly Building stands opposite the Europe Hotel. It was built by Jacquot in 1839 as the club for nobility. The Russian musical society founded by Anton Rubinstein in 1859 staged many concerts of Russian composers in this building. Great foreign musicians such as Wagner, List, and Berlioz appeared here. The Leningrad Philharmonic Society was founded in 1921, and in 1975 it was named after D.Shostakovich. During the blockade, on August 9 1942 the famous 7th Symphony by Shostakovich was performed here.

Next to the Noble Assembly Building there is the Theatre of Musical Comedy founded in 1929.

Opposite the Maly Opera and Ballet House is the former Vielgorsky House. General Vielgorsky was a great patron of arts. List, Schuman, Berlioz performed at his evenings. Now this building is used as a secondary school and a kindergarten.

The Museum of Ethnography was originally a Russian Museum department and in 1934 it became independent. Its rich collections tell profound ethnographic information about the peoples inhabited the country. The building was designed by architect Svinyin in 1900-1911. In the centre of the square there is the monument to Alexander Pushkin sculptured by M.Anikushin in 1957 to the 120th anniversary of the poet’s death.

Visit the grand locations of Square of Arts  and many more that St Petersburg has to offer!
Contact us@ Russian InfoCenter to Book Classic Russia tour 5n/6d and more tour packages from India to Russia
Choose from flights ex Delhi, Mumbai & Calcutta