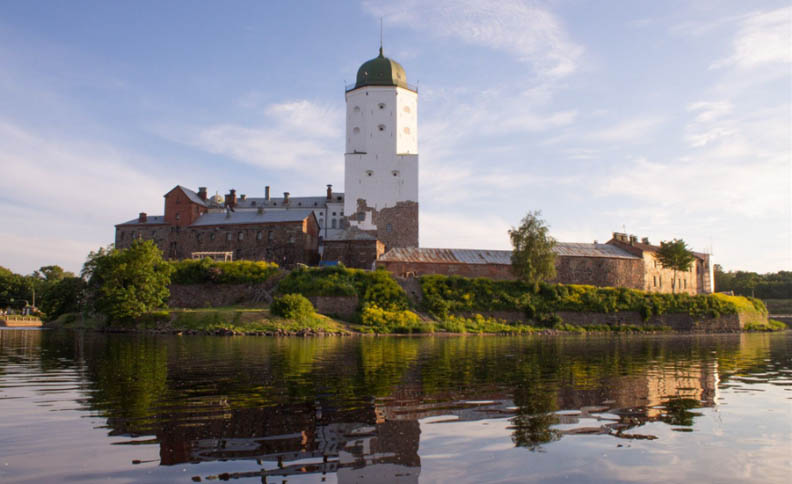 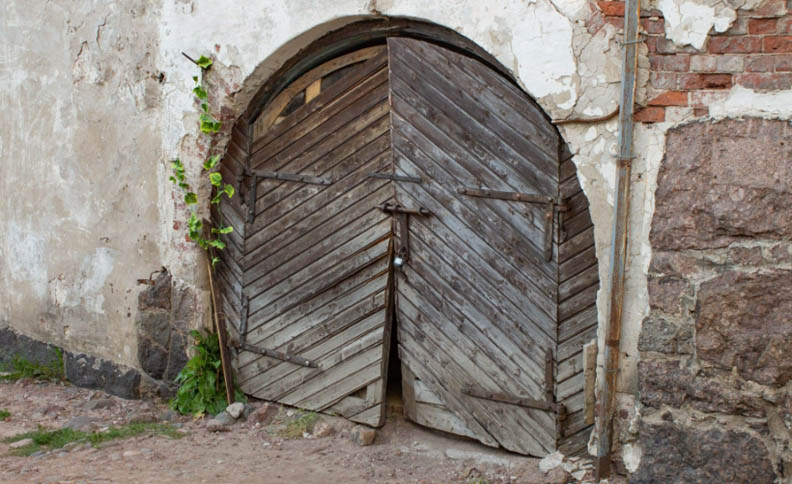 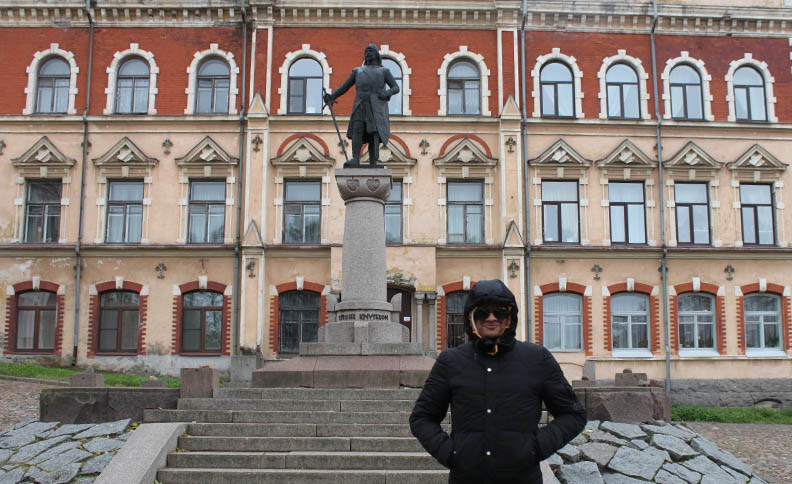 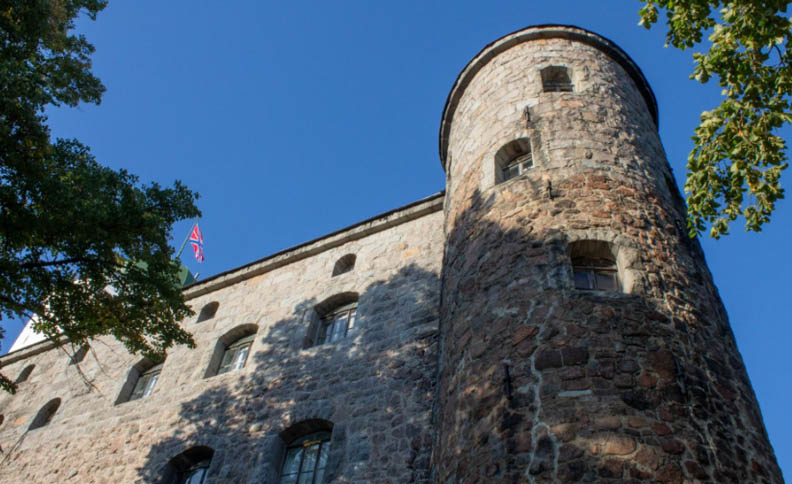 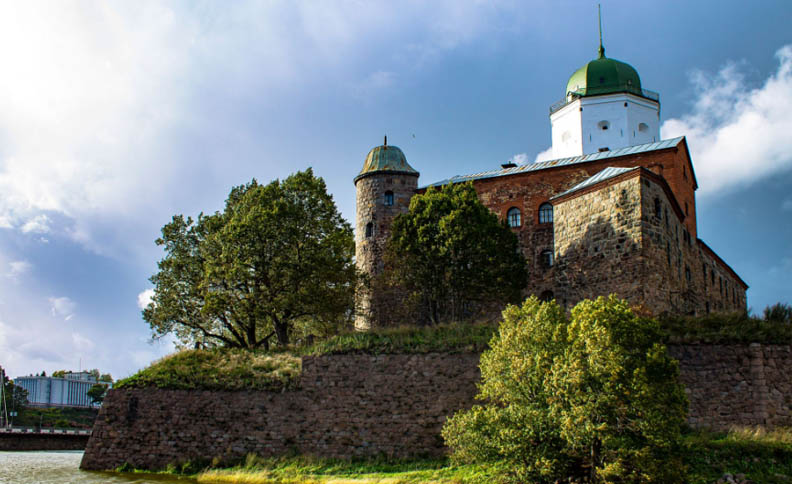 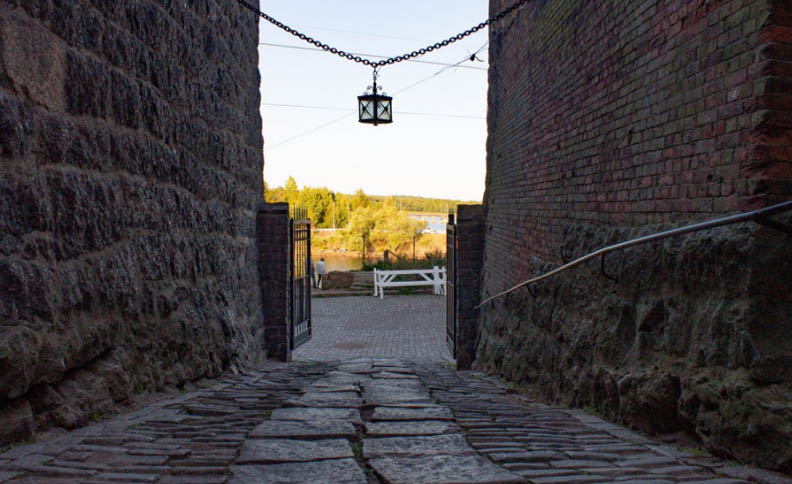 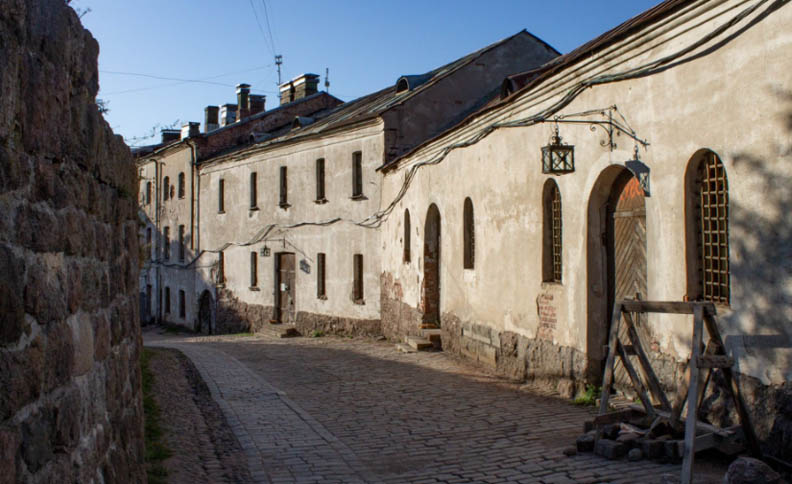 In the vicinity of St. Petersburg, you can find many beautiful cities that carry tremendous historical value and attract tourists with their special charm. One of these cities is Vyborg, which captivates with the atmosphere of the old Swedish city. It is here that the only medieval castle in Russia is located, about one of the few fully preserved monuments of Western European military architecture.

Towering on a tiny stone island, the Vyborg Castle, its majestic snow-white towers and magnificent views take you to a real medieval corner near the Northern capital, fascinate and do not leave indifferent any of its visitors to it.

The construction of the Vyborg Castle dates back to 1293 after the Swedes conquered the local lands. The Swedes gave the castle the name “Holy Fortress”, in Swedish it sounds “viborg”. This name became the reason to name the city of Vyborg subsequently built near the fortress.

The Novgorodians tried unsuccessfully to take the fortress in the 13-14th centuries, in the 15th century – the soldiers of Ivan III, then in the 16th century the troops of Ivan the Terrible. Russian troops under the command of Peter I could take the fortress only in 1710. Since then, the Vyborg province has become part of the Russian Empire, and at the beginning of the 19th century it was annexed to the Grand Duchy of Finland. After the end of World War II, the castle housed a military garrison.

For two centuries, the castle defeated from fires. The largest one fell on the middle of the 19th century, partially the castle was destroyed. Later it was a prison where the Decembrists were kept. Only in the years 1891-1894 was the reconstruction of the castle led by military engineers. The interior of the premises was thoroughly re-planned, the number of windows was increased, and fireplaces were removed. At the entrance, a granite porch and a metal climb to the Olaf Tower were erected. This is how the castle appears in its modern form to its visitors.

Currently, the castle has the status of a museum reserve, is protected by law and is one of the main attractions of Vyborg. Museum-Reserve is surrounded on all sides by water, it at summer resort location with of the island in the Gulf of Finland provided the security for the fortress, and it was impregnable to enemies in its historical past. Now Vyborg Castle is an attractive and picturesque subject for art photographs and contemporary artists.

The main decoration of the Vyborg Castle is the snow-white tower of the castle, named after the King of Riga, St. Olav. At the time of construction, the tower had a sentinel function and was the highest structure of this type in the countries of Scandinavia. Climbing to its observation deck, everyone is delighted with the view that opened before him. This is an extraordinary view of the fabulous city surrounding the castle of the bay and endless forests to the horizon.

The halls of the Vyborg Castle Museum will tell you about different periods in the history of a unique city. Of great interest is the exposition dedicated to the Swedish Vyborg. It contains antique furniture, prints, documents, a unique collection of coins and other exhibits found by archaeologists on the territory of the city.

Particularly attractive for visitors is the large layout of the Vyborg castle of Peter’s times.

Also in the museum you can see a unique exposition with residential interiors of the period when Vyborg belonged to the Grand Duchy of Finland. Photo, furniture, books, household items of that time tell about Vyborg at the beginning of the 20th century.

The third floor of the museum is dedicated to the natural beauties of which the Karelian Isthmus is so rich. Here you can see the fauna of Vyborg forests, amazing plants and natural resources. This exposition will be especially interesting for children; a number of exhibits can be touched.

The museum also offers, in addition to temporary exhibitions, to visit such unusual objects of the Vyborg castle as a wine cellar. It houses the Knight’s Hall, which tells about medieval life in these ancient walls. Visitors have the opportunity to put on knightly armor, hold ancient weapons in their hands, and women are allowed to try on medieval outfits.

All visitors to the Vyborg Museum-Reserve can learn to shoot from a crossbow and arrows from a bow. Another interactive platform is the torture chamber. There, a real executioner meets the visitors, who will demonstrate the exhibits and talk about the instruments of torture of those times, you can learn a lot about the methods of punishment in the middle Ages.

A craftsman’s workshop is a chance to master the skills of blacksmithing and pottery, painting on ceramics. And in the Commandant’s house of the castle is another unusual object – the Museum of Underwater Archeology, which displays artifacts raised from the bottom of the bay.

A visit to this unique historical site will allow you to feel the atmosphere of the Middle Ages, enjoy the picturesque views, find entertainment to your taste and spend time with interest.

Vyborg Castle is a unique historical object, an unconditional dominant and the main attraction of Vyborg. This place will give you unforgettable emotions; you will plunge into the unique atmosphere of the middle Ages and enjoy the magnificent landscape of the museum-reserve. We guarantee that you will be impressed by what you see and satisfied with the trip!

Visit the grand locations Vyborg Castle  and many more that St Petersburg has to offer!
Contact us@ Russian InfoCenter to Book Classic Russia tour 5n/6d and more tour packages from India to Russia
Choose from flights ex Delhi, Mumbai & Calcutta