Palace Of Peter I, the Great 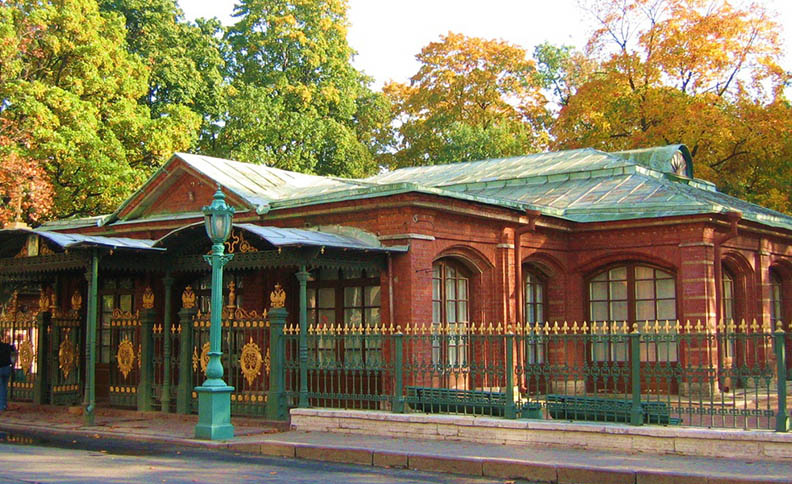 A meagre 3 Rooms and Kitchen made from wood make up the Palace of Peter I, the Great. In a city where his relatives, his children and his staff lived in grand palaces draped in Gold and Silk, this Great man Peter I clearly had other plans and being humble was number 1.

Peter the Great, Peter I or Peter Alekseevich (1672 – 1725) – ruled the Tsardom (it is similar to Empire in a Russian way) of Russia and then the Russian Empire from 1682 until his death in 1725. As a result of a series of successful wars, he turned the Russia into empire, which became a major European power, and also laid the foundations of the Russian fleet after the seizure of ports in the Azov and Baltic Sea. He led the Cultural Revolution, which replaced some traditional socio-political systems with modern, western and Enlightenment-based ones. Peter’s reforms had a lasting impact on Russia, and many institutions of the Russian government originate from his reign. It is also known for the foundation and development of the city of St. Petersburg, which remained the capital of Russia until 1917.

The log cabin was built in three days in May 1703 by soldiers of the Semenovsky regiment. At that time, the new St. Petersburg was described as “a bunch of villages connected together, like some plantations in the West Indies.” The date of its construction is considered the sign of the founding of the city.

The design is a combination of a hut, a traditional Russian country house typical of the 17th century, and the tsar’s beloved Dutch baroque, which later turned into Peter’s Baroque. Peter built similar houses in other places in Russia – for example, in Voronezh and Vologda. The wooden house in St. Petersburg occupies only 60 square meters (650 square feet) and contains three rooms – a living room, a bedroom and an office. It has large decorative windows and a high hipped roof of wooden tiles. Inside, the wooden walls were painted with red oil, reminiscent of bricks, and the rooms became known as “red cameras”. There is no heating and chimneys, since the house was intended for use only in the warm summer months. He was occupied by the tsar between 1703 and 1708, while Peter led the construction of a new imperial city and the Peter and Paul Fortress.

In 1930, the House of Peter I was given the status of a historical and memorial museum. During the Second World War, the house was closed. Its windows and doors were boarded up. The guards were responsible for the maintenance of the museum.

Peter’s house will not leave anyone indifferent, because it combines elements of both Russian and European styles. This makes it one of the most unique monuments of St. Petersburg and its most humble.

Visit the grand locations Palace of Peter I, the Great and many more that St Petersburg has to offer!
Contact us@ Russian InfoCenter to Book Classic Russia tour 5n/6d and more tour packages from India to Russia
Choose from flights ex Delhi, Mumbai & Calcutta