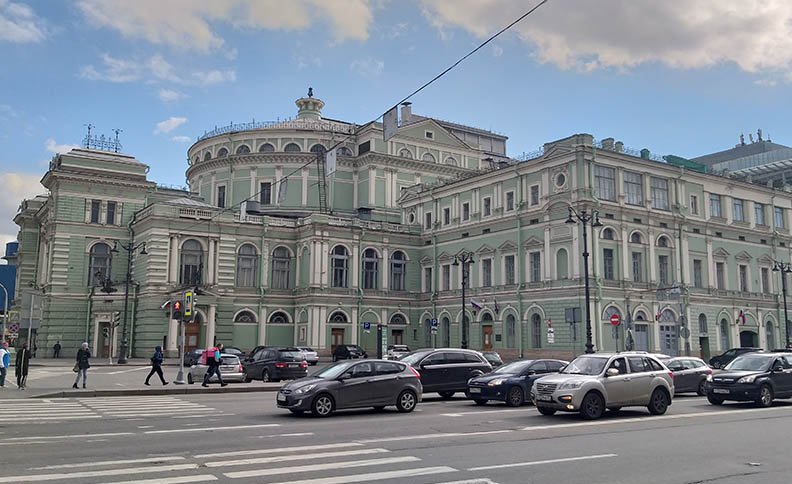 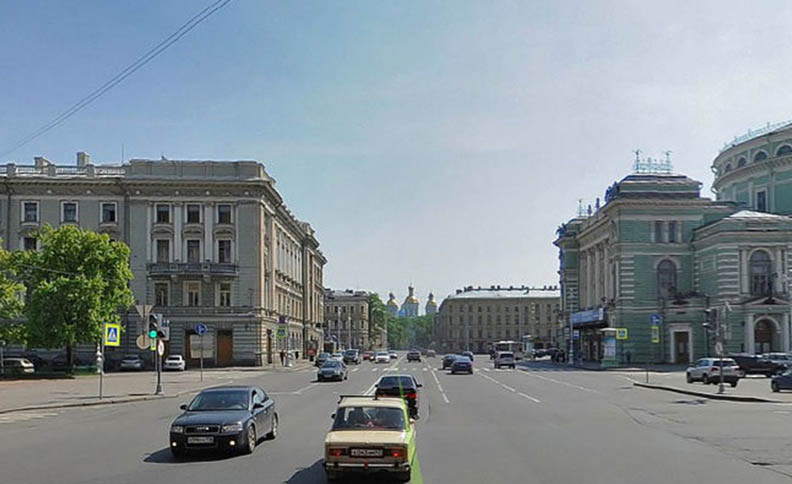 In the middle of the 18th century the modern Theatre Square was known as Carousel Square. It was frequently used as the site for fairs and festivals. In 1777-1783 a theatre building was put here. It was called the Big or Stone Theatre and used for various kinds of performances. For a long time it was the largest theatre not only in Russia but in Europe as well. In 1891-1896 the present building of the Conservatoire was erected in the place of the demolished theatre, which was the first musical educational establishment in Russia founded by A.Rubinstein in 1862. In 1859 the Mariinsky Opera and Ballet Theatre was built by architect A. Kavos. It was named in honour of Empress Maria, the wife of Alexander II. It was inaugurated in October 1860 with the opera Life for the Tsar by M. Glinka. Such great opera singers as F.Shalyapin, L.Sobinov and ballet dancers A.Pavlova, T.Karsavina, M.Kshesinskaya performed here. The stalls and five circles of the auditorium can accommodate two thousand spectators. In 1935 the theatre was named after S.Kirov- the head of the Communist Party in Leningrad. In 1992 the original name Mariinsky was returned to the theatre. There are two monuments to M.Glinka and N.Rimsky-Korsakov, who were the famous Russian composers of the second half of the 19th century.

The five-cupola St. Nicholas Marine Cathedral is one of the best architectural monuments of St. Petersburg built by architect S.Chevakinsky in 1753-1762. The cathedral is divided into two churches, the lower and the upper ones. The elegant four-tier bell-tower was built nearby at the Kryukov Canal Embankment. The Cathedral has always been active.

Visit the grand locations Theatre Square  and many more that St Petersburg has to offer!
Contact us@ Russian InfoCenter to Book Classic Russia tour 5n/6d and more tour packages from India to Russia
Choose from flights ex Delhi, Mumbai & Calcutta