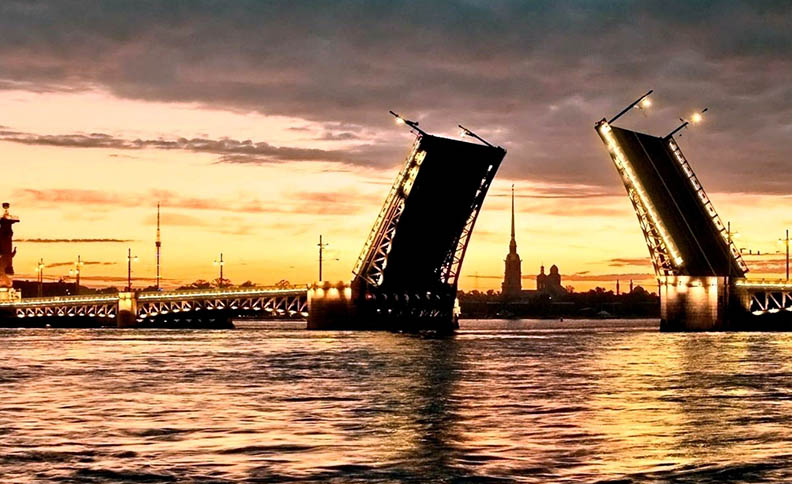 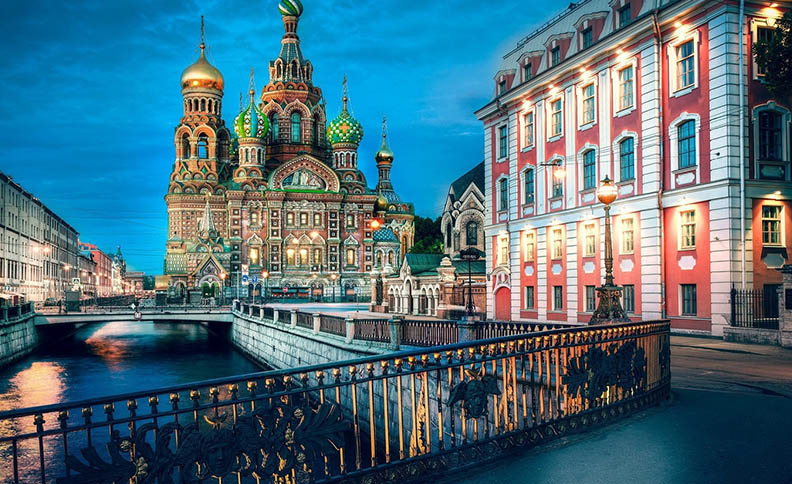 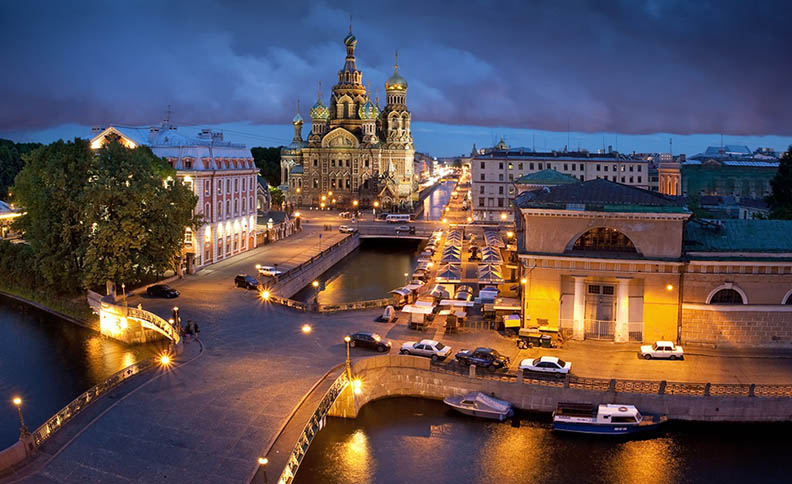 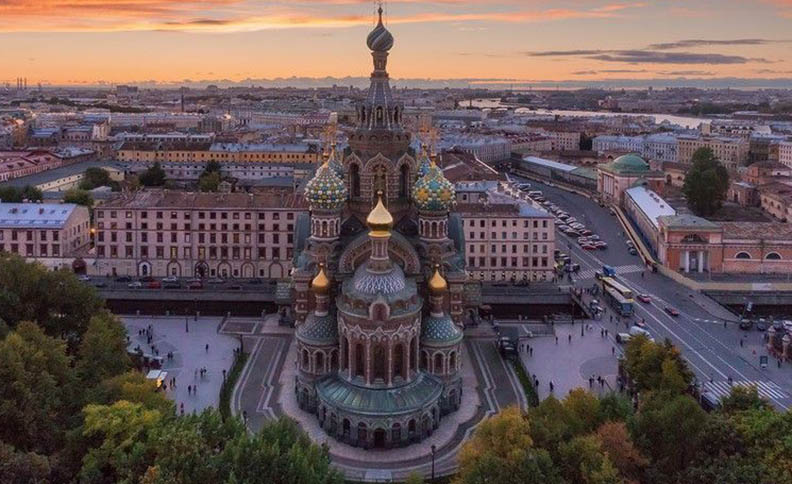 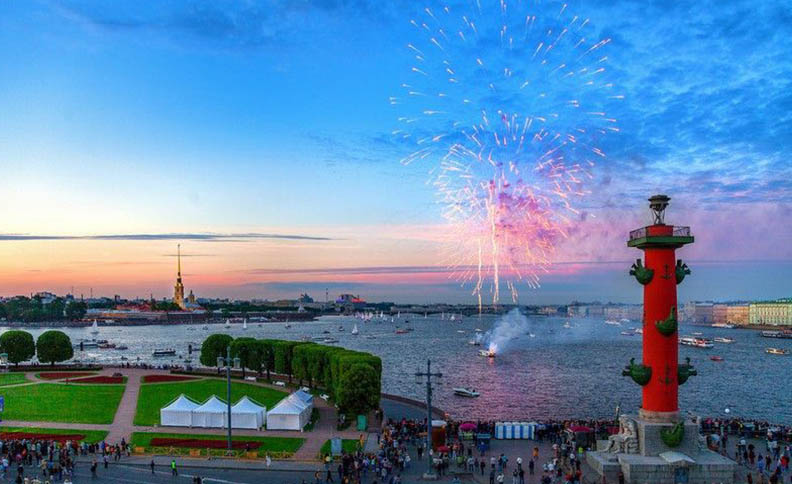 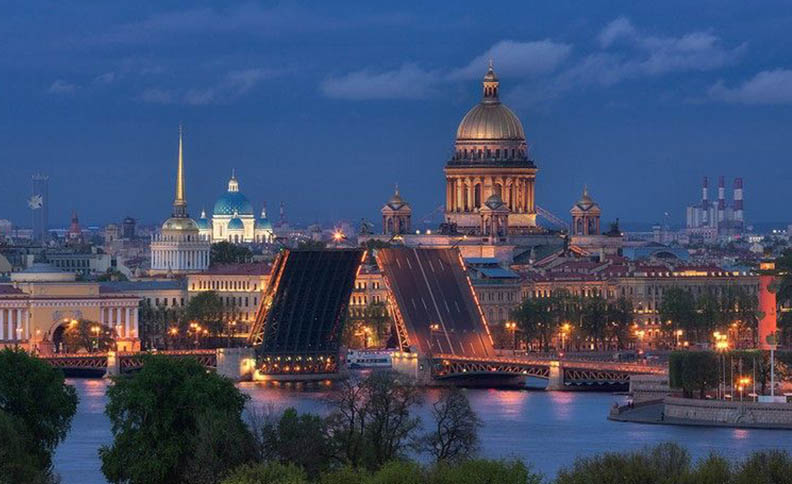 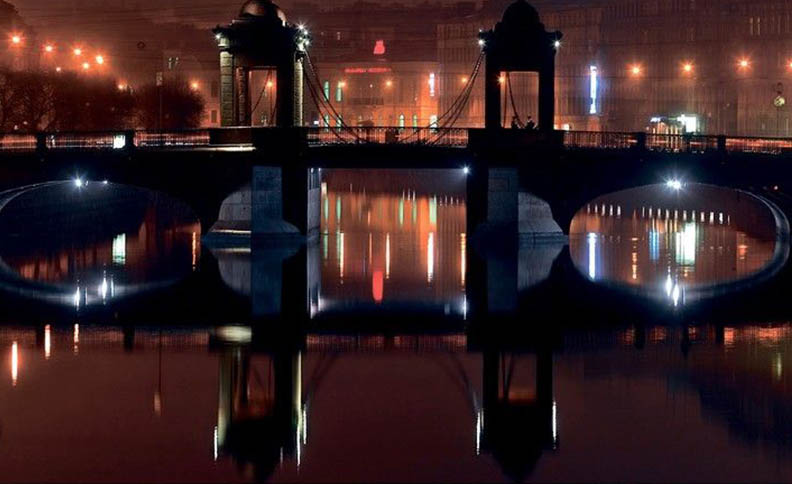 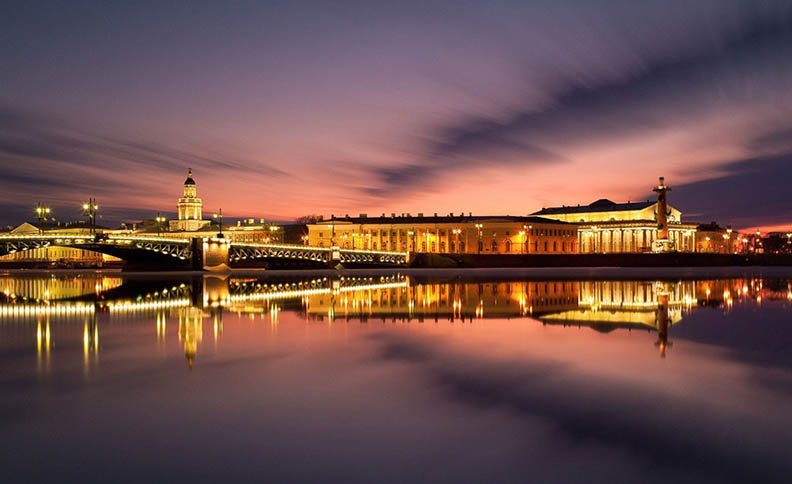 White nights are nights in which the natural light is reduced only to dusk levels. The sun does not set at all over the horizon, and around the clock we see a bright sky.

St. Petersburg is not the only city ready to surprise you with polar days. You can observe the beauty of a natural phenomenon in any city located above 59 degrees north latitude. Among them: Murmansk, Norilsk, Vologda, Cherepovets, Magadan, Severodvinsk and Khanty-Mansiysk. However, only the White Nights in St. Petersburg can truly impress and leave an unforgettable experience in the hearts of every tourist!

The white nights of St. Petersburg are not just an amazing phenomenon. This is a large-scale event of the city. It is during this summer period that St. Petersburg is crowded with tourists who descend here, having forgotten about their typical summer resorts and beaches.

Against the backdrop of such a beautiful phenomenon, festivals and citywide holidays are held in the city. Some events are well-known and global in nature. There are discounts at many museums and theaters. Travelers and residents are delighted to watch the bridges, enjoy boat trips and steamboats. There are various excursions around the night city by bus.

In St. Petersburg, the official period of white nights is from June 11 to July 2, although in fact the sun does not fall below the horizon from May 26 to July 16.

White nights – romance for you and your loved ones! Romantic walks through the nightly but clear St. Petersburg — a similar one is possible only during the white nights. It is believed, and from year to year, it is confirmed in practice that white nights in St. Petersburg are the best period for dates in this northern city. Numerous cozy cafes and panoramic restaurants await travelers from all over the world, and popular attractions are ready to be photographed.

The most vivid and unforgettable events only in the white nights of St. Petersburg!

Sounds and Colors of the White Nights Festival.

At the event, children of different ages compete, showing their musical talents. The project includes creative workshops and excursion programs. A musical and artistic event brings together people from different regions of Russia. A vibrant program, interesting workshops, lots of positive emotions and unforgettable moments – all this awaits you when you visit.

Stars of the White Nights Festival

The Stars of the White Nights music festival is today one of the ten best festivals in the world. A popular event is held in honor of the 300th anniversary of the city on the Neva. The festival program consists of the best opera and ballet performances of the theater, grandiose symphonic canvases, masterpieces of chamber music and new theater premieres.

This event takes place over three days at the Philharmonic of Jazz Music. Jazz music lovers will meet with gifted performers from Russia, America and European cities. And for those who are still completely “new to” this musical style, there is sure to be a melody that will appeal to you. The end of the festival will take place in the “open air” format in the very heart of St. Petersburg, on the Arts Square next to the Russian Museum.

Scarlet Sails is a traditional grandiose celebration for graduates of St. Petersburg, which annually gathers about three million spectators. It can be visited not only by young people entering adulthood, but also by anyone. The event includes a concert on Palace Square and a musical multimedia show in the Neva. In the beginning, visitors will find an incendiary musical performance by contemporary Russian stars. Then, guests will enjoy a vivid multimedia performance in the Neva. The most spectacular and romantic moment is the appearance of a beautiful sailboat with red sails.

For over 25 years, this music festival has pleased both its fans and ordinary music lovers. More and more Russian pop stars and famous performers from all over the world come to the city on the Neva. On one stage, famous voices of popular songs sound. The image of Russia and St. Petersburg as a center of musical culture is becoming increasingly stronger.

Planning to visit St. Petersburg? Then do it during the white nights! You will get an unforgettable experience, the most vivid impressions and a great mood.

Visit the grand locations White Nights  and many more that St Petersburg has to offer!
Contact us@ Russian InfoCenter to Book Classic Russia tour 5n/6d and more tour packages from India to Russia
Choose from flights ex Delhi, Mumbai & Calcutta