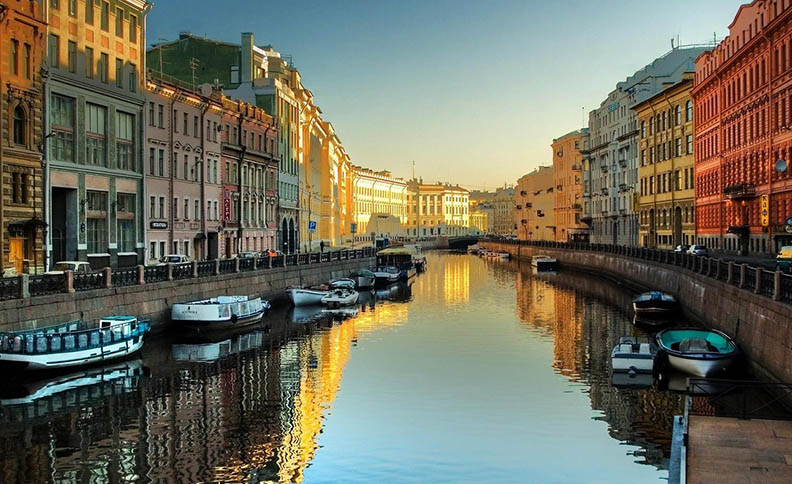 During Neva Boat Cruise you will be able to look at St.Petersburg from the other side, as well you will see the embankments of Fontanka, Moika rivers, you can try to throw a coin on the pedestal of the Chizhik-Pizhik monument and, of course, will pass under the famous bridges. The boat trip is carried out on a small ship with an open and closed deck. 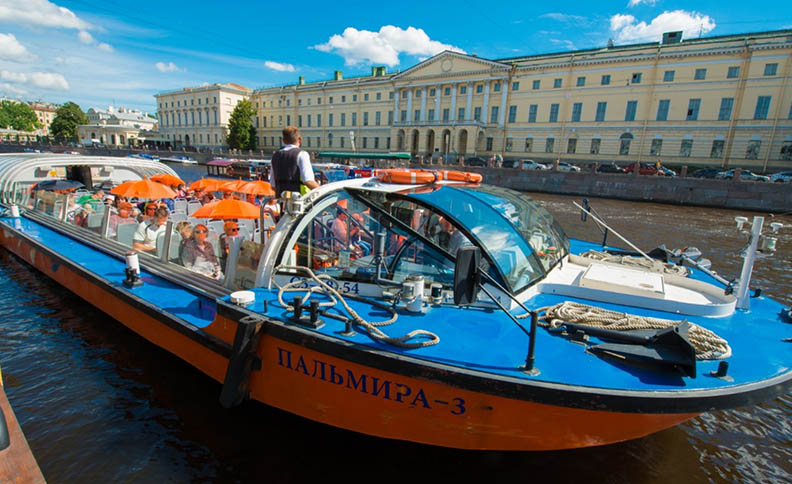 ROUTE:
1. Winter palace (Hermitage)
The main Imperial Palace of Russia. The current building of the Palace was built in 1754-1762 by the Russian architect of Italian origin Bartolomeo Francesco Rastrelli in the style of lush Elizabethan Baroque with elements of French Rococo in the interiors. Since the Soviet era, the main exposition of the State Hermitage Museum has been located in the Palace walls.

2. Spit of Basil Island
One of the oldest attractions in Saint Petersburg – it was founded in the time of Peter the great as a business, educational and government center of the city. According to the project of the Italian D. Trezzini in 1716 laid palaces for noble families, Gostiny Dvor and Kunstkamera. In the 30s of the 18th century, a port was founded on Strelka, and the manor palaces were occupied by the exchange, customs and warehouses.

3. Peter and Paul Fortress
The fortress in Saint Petersburg, located on Zayachy island, is the historical core of the city. The date of Foundation of the fortress is May 27, 1703, which is the date of Foundation of Saint Petersburg. It is a unique monument of Russian architecture. on which numerous architects worked. The modern Peter and Paul fortress houses numerous architectural monuments and museums. The fortress belongs to the historical part of Saint Petersburg and together with the complex of monuments located here is included in the list of UNESCO world heritage sites; this is one of the centers of attraction for tourists and the main symbol of St. Petersburg.

4. Cruiser Aurora
1st-class cruiser of the Baltic fleet type “Diana”. Named after the sailing frigate Aurora, which became famous during the defense of Petropavlovsk-Kamchatsky during the Crimean war. During the Russian-Japanese war, he participated in the campaign of the Second Pacific squadron, which ended with the battle of Tsushima. The cruiser also took part in the First world war. A blank shot from the Aurora was the signal for the beginning of the assault on the Winter Palace; the cruiser became one of the main symbols of the October revolution. 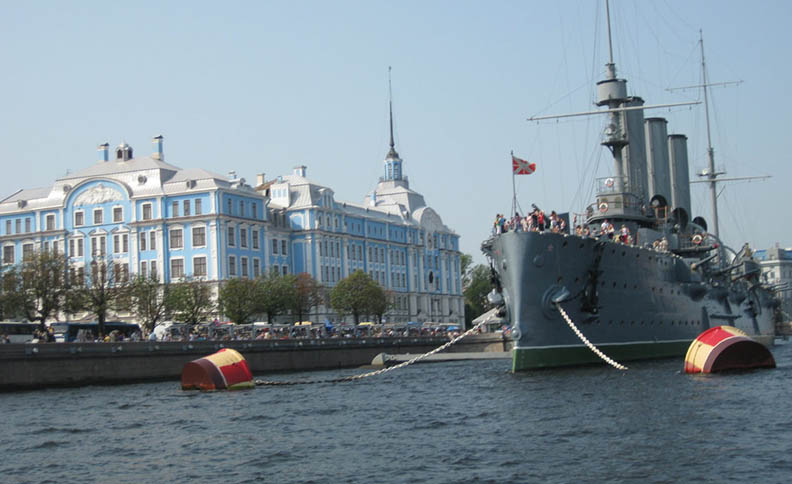 5. Summer Garden
The first garden in the new city was a Summer garden on the banks of the Neva river. It was laid in 1704 by decree of Peter I, who took part in its design. On the territory of the garden for the Emperor was built a summer residence, which has survived to our days. According to the fashion of the time, straight alleys were laid across the garden, and trees and shrubs were given strict geometric shapes. In 1706, it was in the Summer garden that the first fountains in Russia began to be built. before the flood of 1777, there were more than 50 fountains. 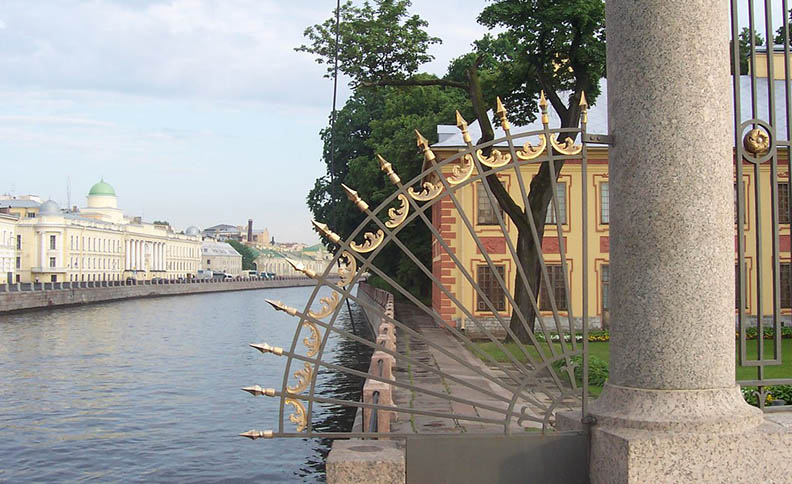 6. Chizhik Pyzhik Monument
The monument to Chizhik-Pyzhik was installed on a fountain near the water. Petersburgers immediately fell in love with the little hero — in the city soon appeared a belief that if a small coin thrown to the bronze legs of a bird is held on a small platform where a Chizhik-Pyzhik sits, the wish will come true. Probably, many people would like their wishes to constantly come true. Little Chizhik-Pyzhik was abducted today seven times. Another tradition began to exist among the newlyweds. The groom on a rope lowers a glass to the bird, carefully clinks with its beak. This must necessarily bring happiness in the future family life. Chizhik-Pyzhik is the smallest monument in Saint Petersburg. Its height is 11 centimeters, and its weight is 5 kilograms. 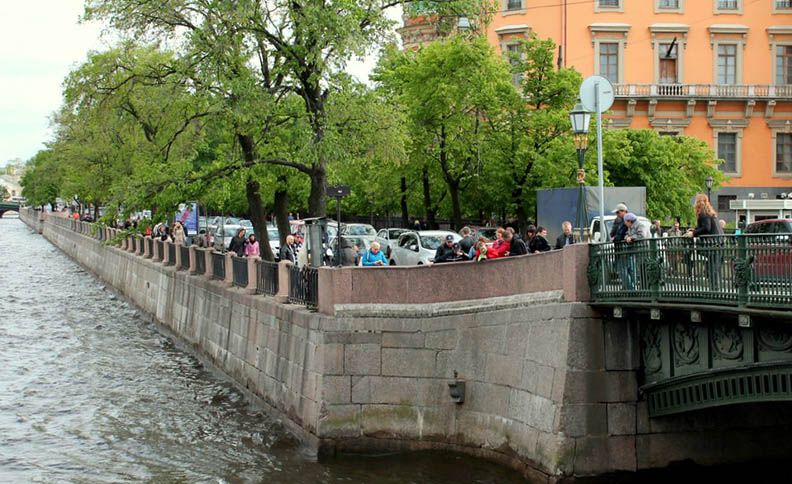 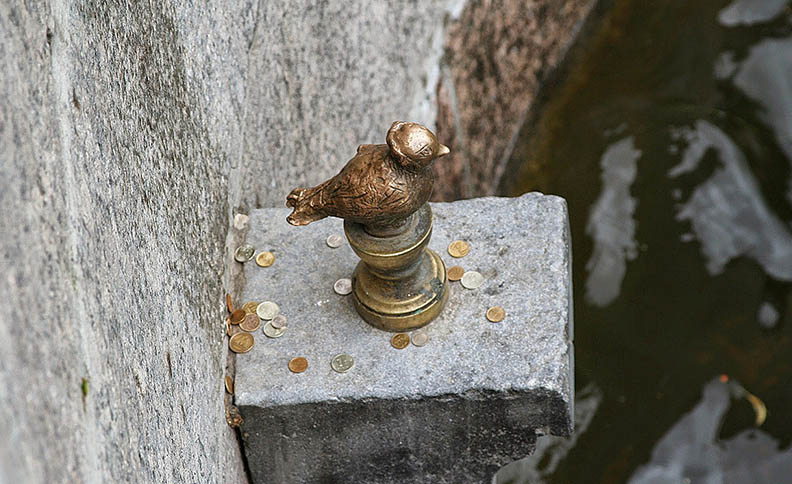 7. Mikhailovsky castle
Mikhailovsky castle is one of the most mystical places in St. Petersburg. It was built by order of Emperor Paul I, the first stone was laid exactly 220 years ago-on March 9, 1797. The Emperor, who owned the first sketches of the future Palace, was eager to move to a new house as soon as possible. However, his life there was very short – soon the conspirators killed Paul right in the Palace. 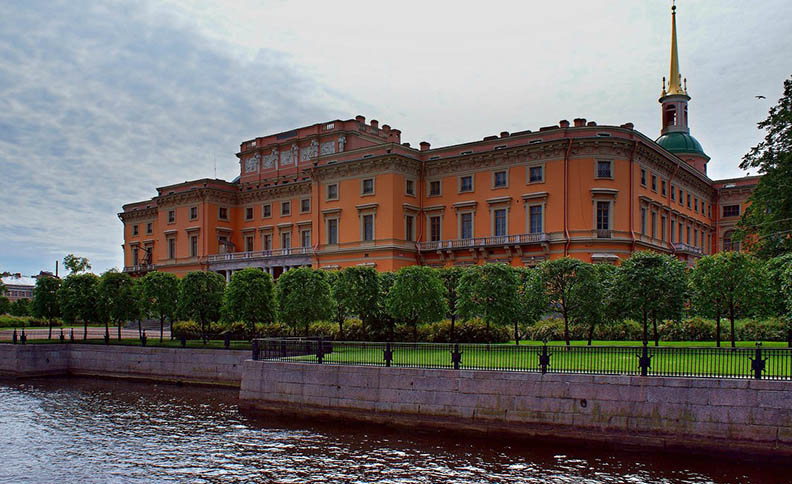 8. Sheremetyevsky Palace
During the life of the Sheremetevs, it was a place of concentration of outstanding musicians, cultural and scientific figures. The musical collection of the Sheremetyevo Palace has more than three thousand instruments and is one of the five largest in the world and the best in Russia. Russian Russian Russian musicians of the XVI–XX centuries; memorial instruments of composers of the Russian school of the XIX–XX centuries; collections belonging to the Romanov Imperial family; a unique Russian horn orchestra; musical instruments from all continents of the world.

9. Moika River
The length of the Sink reaches four and a half kilometers, the width is about forty meters, and the depth reaches three meters. Before the city of Saint Petersburg was formed in 1703, the river was called Muya, which means “dirty”. In Moika, the river was renamed only in 1726 because the previous name was difficult to pronounce. 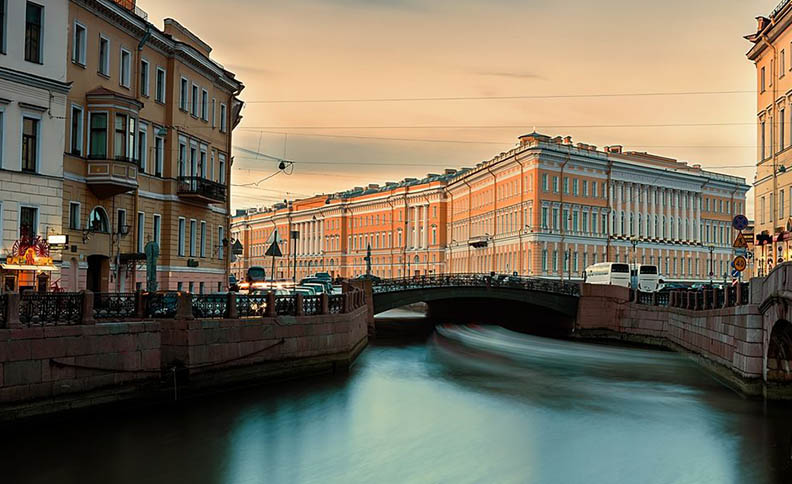 10. Yusupov palace
Having changed several owners, under the Yusupovs, the Palace became not just a luxurious mansion and a kind of standard of fashionable interiors in the XIX century. There were art galleries, a home theater that could accommodate up to 180 people, and greenhouses with rare plants.
Until 1830, the estate managed to change more than one owner and passed into the possession of Boris Nikolayevich Yusupov. Interestingly, in addition to the Yusupov Palace, the distinguished family owned 57 other estates throughout the country, and the Yusupovs were considered richer than the Royal family. 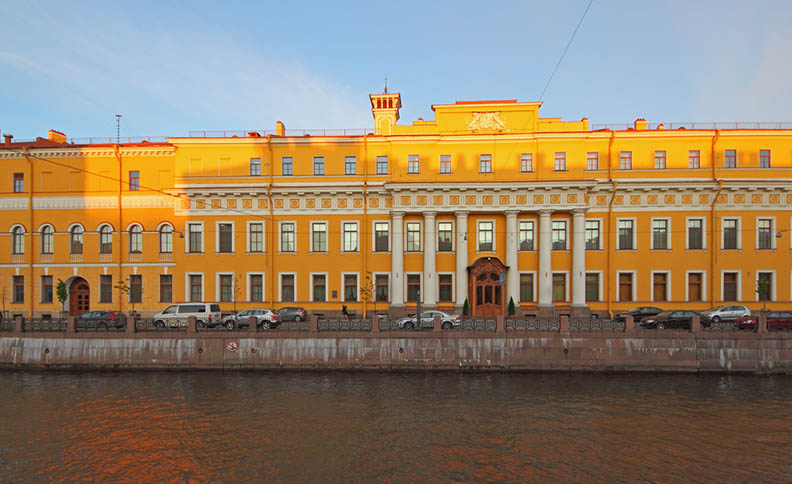