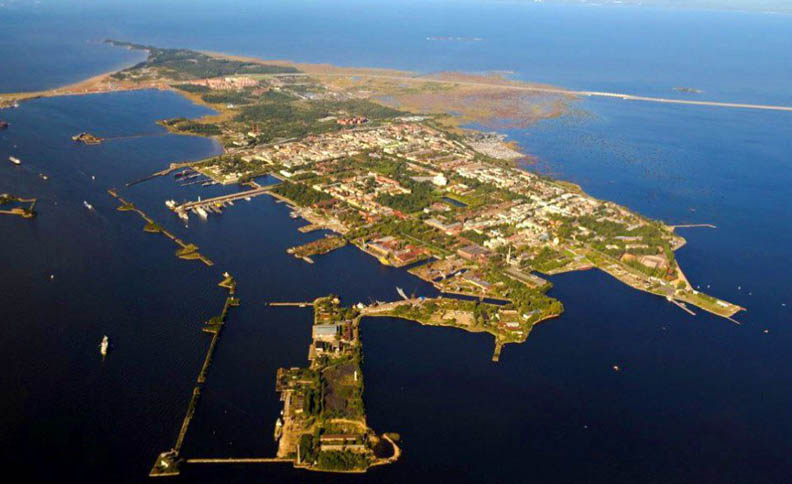 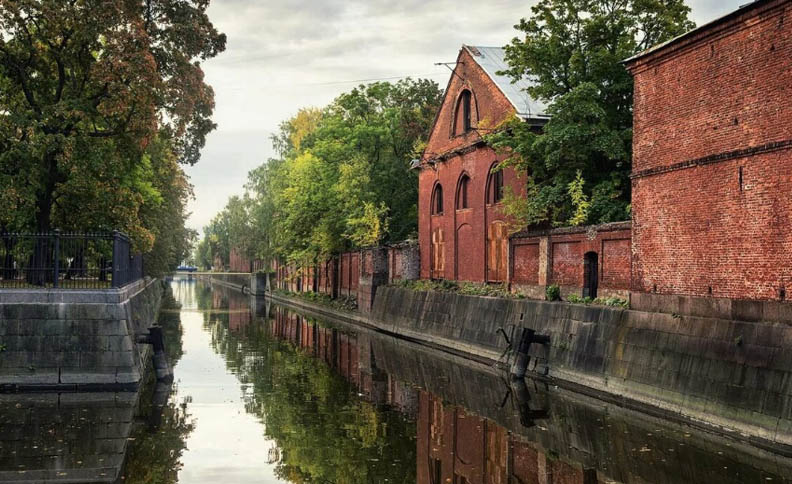 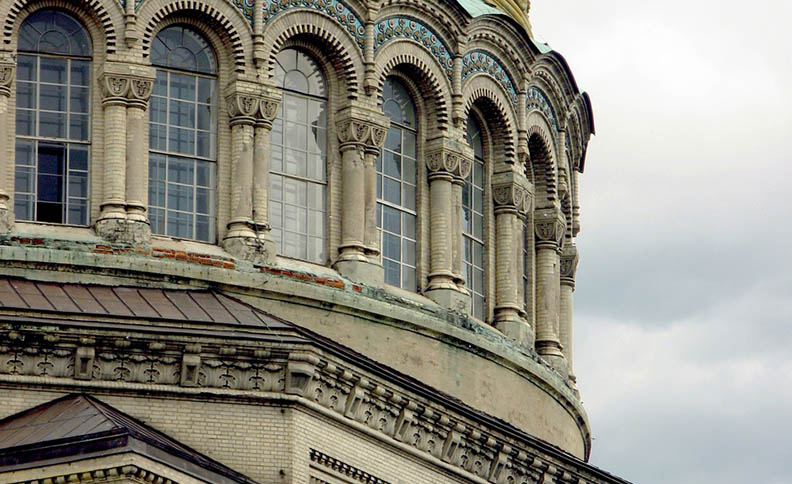 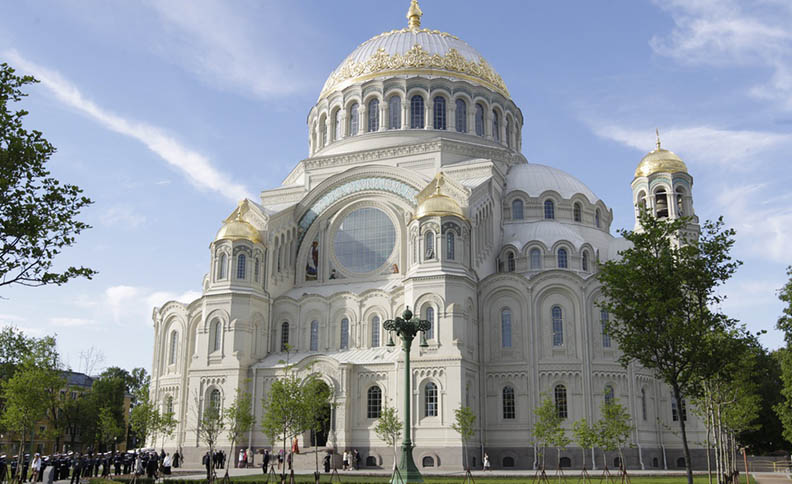 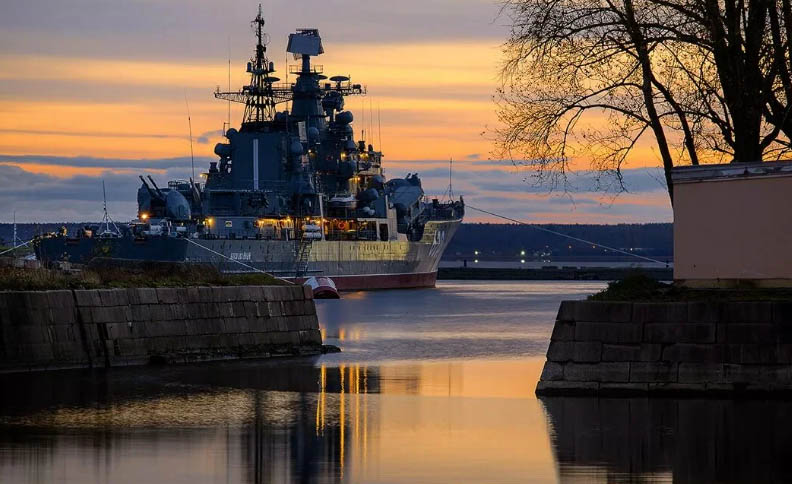 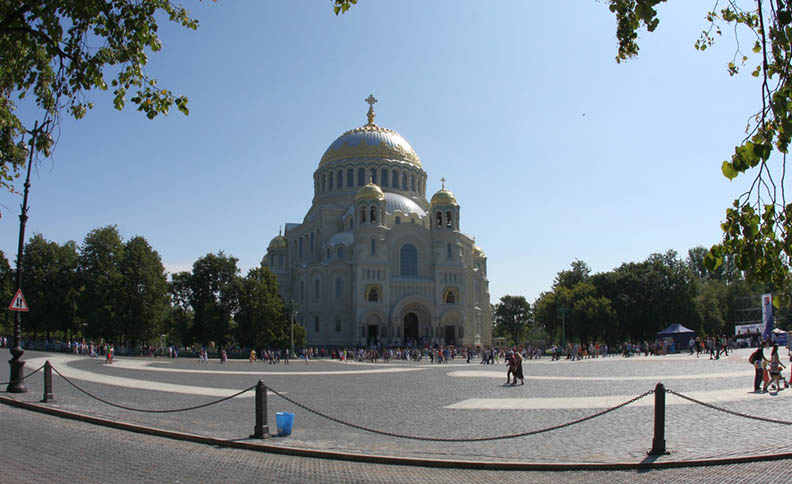 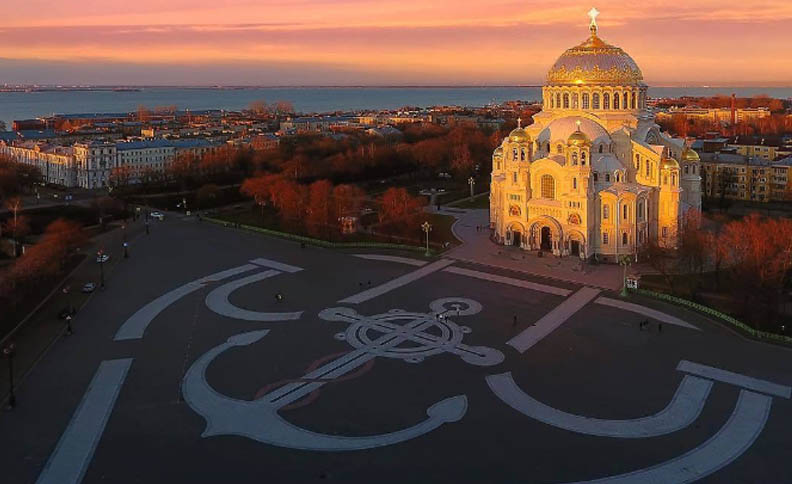 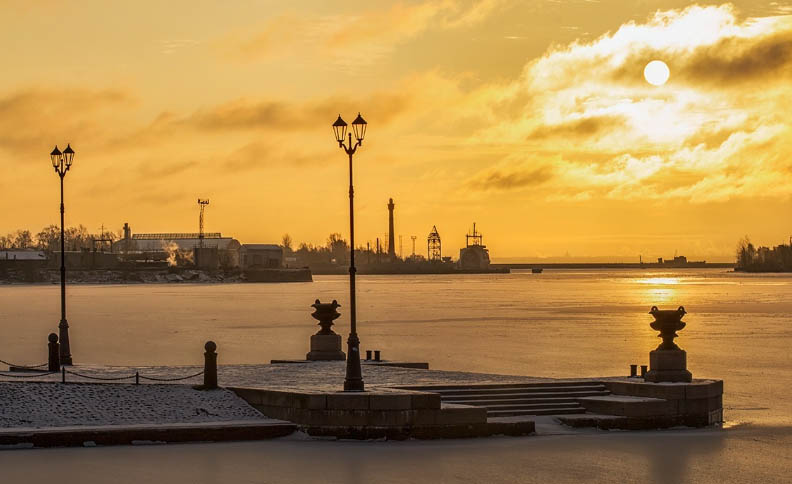 Only 30 km away from St. Petersburg, is the sea town of Kronstadt built on an island in the Gulf of Finland. It is very interesting for its history and attractions. To visit the city, you will need a whole day, because in Kronstadt there are more than 400 monuments of architecture and art tucked away in various parts of the suburb. The city is located on the island of Kotlin.

So, what is unique about Kronstadt? Until 1991, Kronstadt was a naval base and a closed city. It served as a commissioned and training base for the Russian Navy. Until recently, Kronstadt could only be reached by meteor (hydrofoil boat) or ferry, and in 2011 a dam was built to protect St. Petersburg from sea flooding and it is on it this dam, the shortest road to Kronstadt was built.

Also, there you can see a huge number of warships on the embankment, marine factories, old naval schools and naval cathedrals, which are the main attraction of Kronstadt. Kronstadt is not far from St. Petersburg and this is confirmed by the history of its creation. By decree of Peter I (1672-1725) in 1704, construction of the first Fort Kronshlot began.

After the forts, the harbours and the Kronstadt fortress were built, and they turned Kronstadt into the main Baltic Sea base for Peter I.

Naval hospitals and naval schools began to open. The fortress city began to grow and develop. Now Kronstadt is surrounded by 17 sea forts and 2 coastal ones.

What to see in Kronstadt? The entire historical center of the city is a monument and is included in the UNESCO World Heritage list. But there are many most significant attractions that tourists visit this city for.

Naval Cathedral of St. Nicholas. This temple was built in memory of Russian sailors who defended their homeland at sea. Construction began in 1903 and 10 years later, in 1913, the solemn consecration of the Maritime Cathedral in the name of St. Nicholas the Wonderworker took place. In the period from 1930 to 2002, the temple was used for a movie theater, warehouses, a naval club, and a Museum. In October 2002, the Cathedral was closed for reconstruction and in May 2013, the Cathedral was opened after restoration. Entrance is free and acts as a regular temple.

The Seafront of Kronstadt. Walking through Kronstadt, you can go to the main Harbor of the city – the Middle one. There are different types of warships. Active warships are also represented there. They are the hallmark of the city.

On normal days, entry to the ships is prohibited, but only on May 18, you can visit and listen to the tour. It is on this day the birthday of the Baltic fleet is celebrated, as well as the day of the city of Kronstadt. The embankment is open all year round.

Summer Garden and Petrovsky Park. These are the main parks of Kronstadt and they are worth visiting, because there are monuments to Peter I, as well as his house and other historical monuments.

Kronstadt is a unique small town with its fascinating history, which is worth visiting for all tourists. It is located an hour’s drive from Saint Petersburg, and the emotions received will be remembered for a lifetime, because the architecture and sights of the city are very different from St. Petersburg.

Visit the grand locations Kronstadt  and many more that St Petersburg has to offer!
Contact us@ Russian InfoCenter to Book Classic Russia tour 5n/6d and more tour packages from India to Russia
Choose from flights ex Delhi, Mumbai & Calcutta