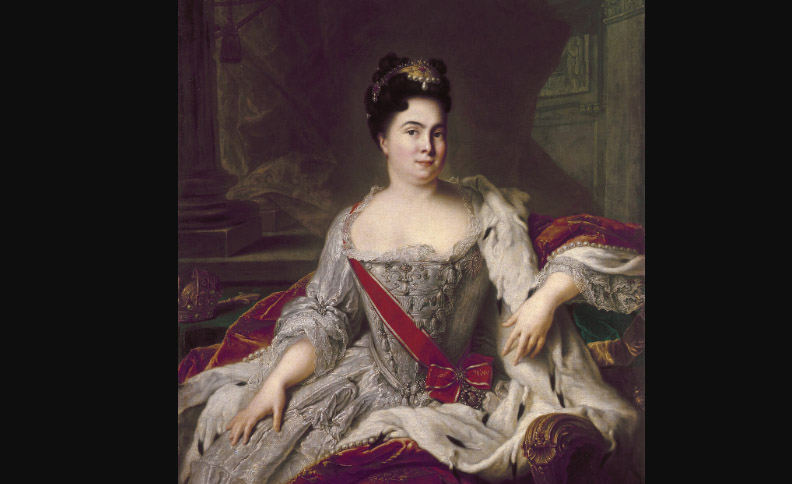 Empress Catherine I was the second wife of Peter I. Catherine was the daughter of a Lithuanian peasant; her original name was Martha Skowronski. In 1702 she married a Swedish soldier and the same year she was captured by the Russian soldiers during the Northern War. In 1703 she met Peter, who was attracted by her. In 1704 Martha was converted to Orthodoxy, taking the name of Catherine. In 1712 Peter and Catherine married officially. In 1724 she was crowned as empress in Moscow. After Peter’s death she was put on the throne and two years later died.