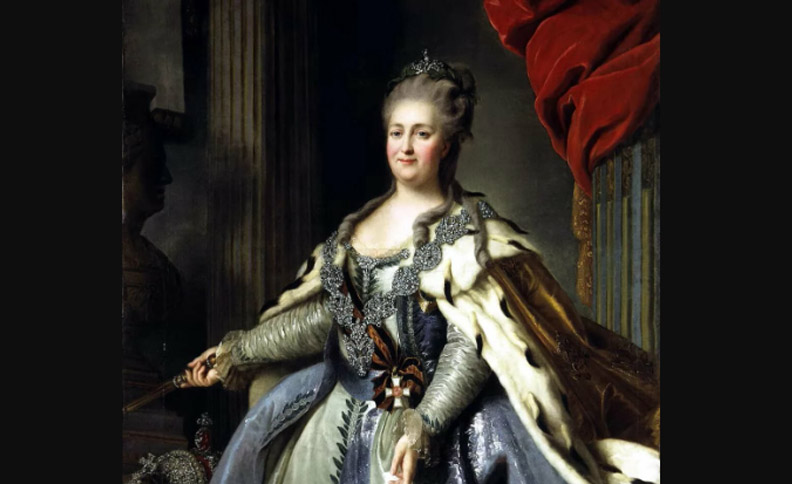 On 28 June 1762 the Guards put Catherine II on the throne and she ruled thirty-four years very successfully. She is known in Russian history as Catherine the Great. Under her reign Russia got the northern coasts of the Black Sea; the empress founded new cities (Odessa, 1793), she sponsored arts and sciences, corresponded with Voltaire and Diderot, established the famous Hermitage. She loved power and skillfully played the role of an enlightened empress. The population of St Petersburg increased threefold and the city changed greatly. Not only palaces and churches were built but also buildings for scientific needs, for schools and educational institutions- the Academy of Sciences, the Academy of Arts, the Smolny Institute for noble young ladies, the Hermitage Theater, and the Gostiny Dvor. The embankments of the Neva were dressed in granite. The city received the appearance of solemn classicism. Catherine had a talent for finding the right people for the right job. She was extremely able in her choice of statesmen –and lovers. The institution of favorites flourished under Catherine. She died in the Winter Palace in 1796. The throne passed to her son Paul.