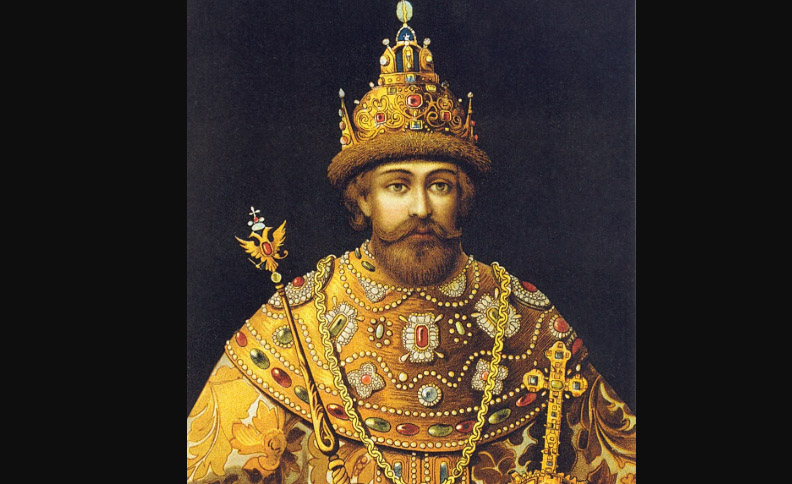 The first Russian Tsar from the Romanov Dyinasty was the grandnephew of Anastasia who was the first wife of Ivan the Terrible. In 1613 Michael was elected by Zemsky Sobor – the Old Russian Council. At the time he was only 16.
Tsar Michael was the closest relative to the former Russian tsars. It is worth noting that the throne was then claimed by the Swedish Prince Karl-Philip and the Polish Prince Wladyslaw. After the liberation of Moscow by Minin and Pozharsky, the future Tsar and his mother were in the Ipatiev monastery. Mikhail’s father, under the name of Filaret, became Patriarch after his son’s accession. During all the time until 1633, it was actually Patriarch Filaret of Moscow who ruled the state.
When the poles learned about the election of a new Tsar tried to prevent it. A small detachment was sent to the monastery to kill Tsar Michael. But thanks to the feat of Ivan Susanin, they died on the way, and did not find the way to the monastery. Ivan Susanin was hacked to death by the poles, never showing the way even after being tortured.
The economy of the country, which was in decline after the extremely unsuccessful beginning of the 17th century for Russia, was gradually recovering. In 1617, the peace Treaty was signed with Sweden, which returned the Novgorod region, previously captured. After the signing of the Treaty with Poland in 1618, Polish troops were withdrawn from the territory of Russia. But Seversk, Smolensk and Chernihiv lands were lost. The king’s son Vladislav, not recognizing the rights of Tsar Mikhail Fedorovich Romanov to the throne, called himself the Russian Tsar. The raids of the Tatars provoked by Turkey, led to the establishment in the South of Russia defense line. The Don Cossacks were sent to fight them. At the same time, friendly relations were established with Persia, and the country’s territory increased at the expense of Siberian lands.
During the reign of Mikhail Romanov, an attempt was made to create a regular army. The officers in the new regiments were foreigners. At the end of the reign of Mikhail Fedorovich, the first Dragoon regiments were created to guard the external borders of the state. To conclude the description of the biography of Mikhail Fedorovich Romanov, it should be said that he died in 1645. The throne passed to his eldest son Alexey.