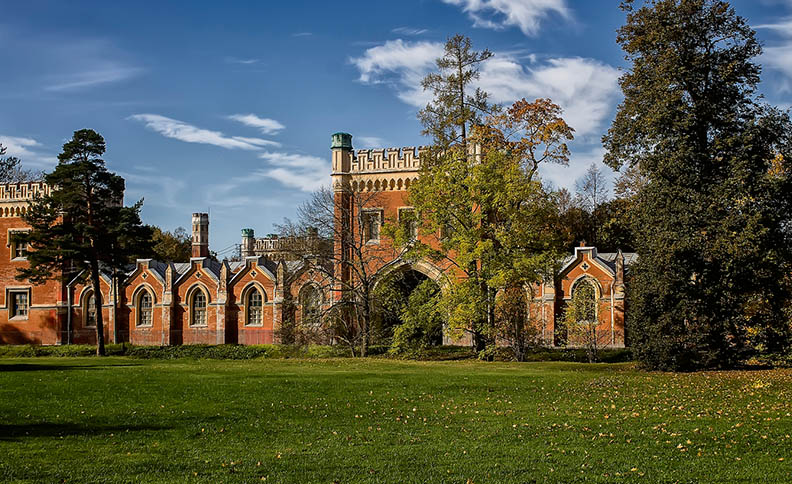 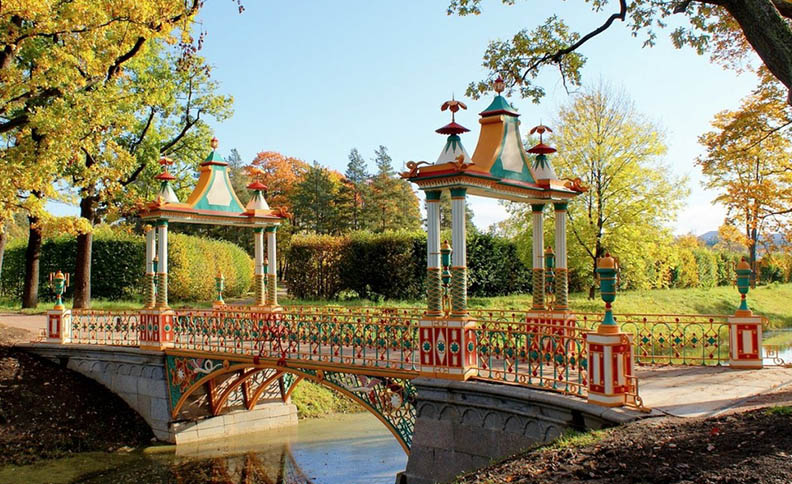 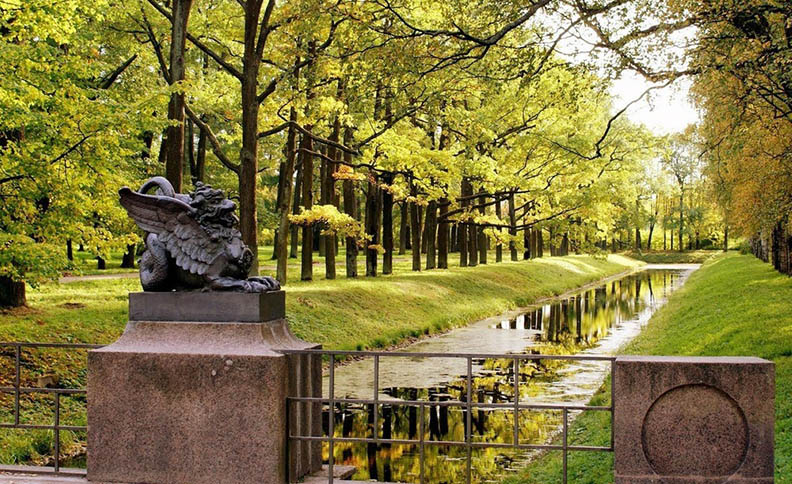 In 1825 Alexander I presented the lands near Peterhof to his younger brother Nicholas. Several years later the estate was named after his wife- Alexandra Fedorovna. When Nicholas I ascended the throne he began the construction of the royal residence here. The Alexandria Park is one of the best landscape parks in the outskirts of St. Petersburg. Architect A. Menelas skillfully combined the natural relief of the surrounding lands with man-made ponds, groves, paths, alleys, and canals. Also palaces, pavilions, bridges were put up in the park. The Cottage was built in 1829 and resembled the country houses of English aristocracy. Architect Menelas designed it in Gothic style as Alexandra Fedorovana passionately loved it. Most exhibits in the Cottage museum are the originals and date back to the time when the building was the property of the royal family. The Farm Palace was created by Menelas in 1831 in the style of English rural one-storey houses. Later the palace was enlarged; the second floor was added for the heir of the Russian throne- Grand Duke Alexander, future Emperor Alexander II.