Peterhof is one of the most fascinating former royal residences in the suburbs of Saint-Petersburg located on the southern coast of the Gulf of Finland about 30 km from the city. It is famous for its beautiful parks with numerous fountains and sculptures, as well as for its palaces. The history of Peterhof goes back to the early 18th century, when it was founded as a monument to Russia’s victories in the Northern War with Sweden. In 1705 a small house for Peter I was built where the Tsar could take a rest on his way from Kronstadt to St. Petersburg hence the name – Peterhof. Since the beginning Peter I became seriously involved in the construction of Peterhof. He participated in the creation of parks and palaces, as well as water supplying system. Many talented Russian and foreign architects, artists, engineers, gardeners worked on the construction of the estate. The gala ceremony of opening the summer residence took place on the 15 of August 1723, and was marked by a great festivity. In the 18th and 19th centuries a grandiose complex of dozens of buildings and pavilions, eleven parks with numerous sculptures, more than 150 fountains and 5 cascades was formed in the area of over 1000 hectares. Today the palace and park ensemble Peterhof is a state museum, which is recognized as a UNESCO World Heritage Site. Nowadays the complex includes 32 museums in Peterhof, Oranienbaum and Strelna. 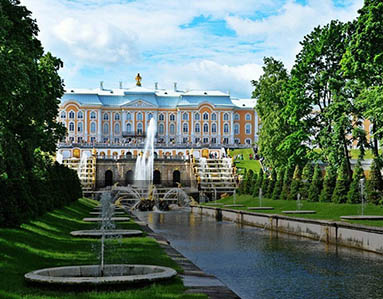 The Upper Parkis the smallest covering the territory of 15 hectares. It was laid in Peter I’s time to counter balance the composition with the Peterhof Grand Palace and the Lower Park.… Read More 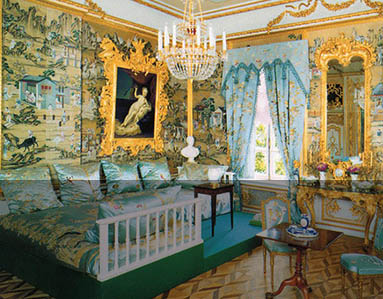 While the name is indicative of Peter the Great, this grand palace was never intended for him, as he was staying in a 4 room house in the city of St. Petersburg.It was built for Peter’s daughter Elezabeth… Read More 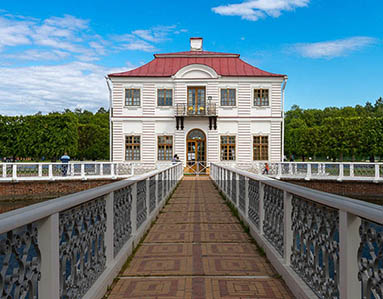 The Monplaisir Palace was constructed by Braunstein, Le Blond, Michetti in 1714-23 on a man-made terrace very close to the waterfront. This modest, one-stored building was the favorite palace of Peter I… Read More 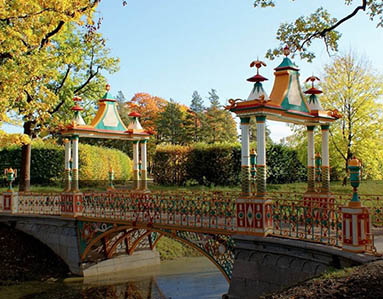 In 1825 Alexander I presented the lands near Peterhof to his younger brother Nicholas. Several years later the estate was named after his wife- Alexandra Fedorovna.… Read More 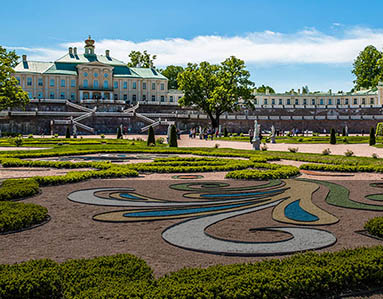 The Oranienbaum: Park & Palace ensemble, located on the Southern coast of the Gulf of Finland in 40 km from St. Petersburg, is the monument of the 18th century Russian culture. … Read More 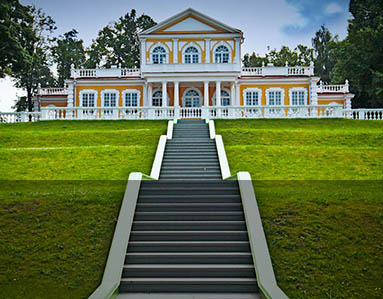 Palace of Peter I

Strelna is the former royal residence of the Romanovs founded by Peter I on the Gulf of Finland in 22.5 km from St. Petersburg. The wooden palace of Peter I was built in 1710s… Read More