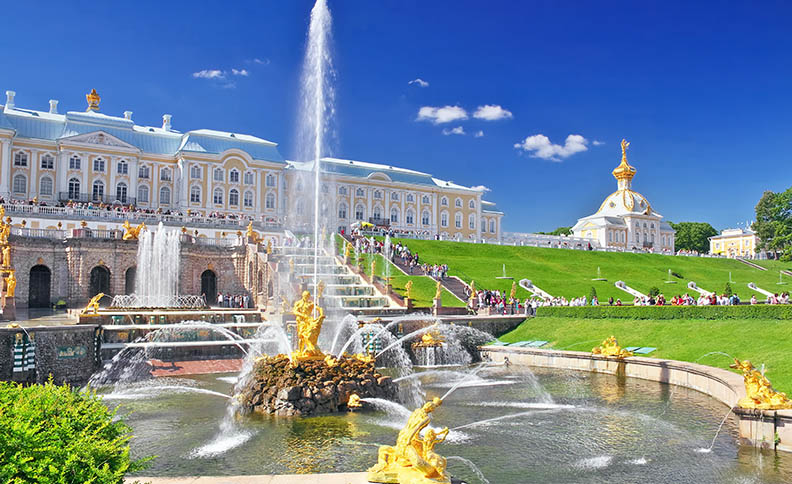 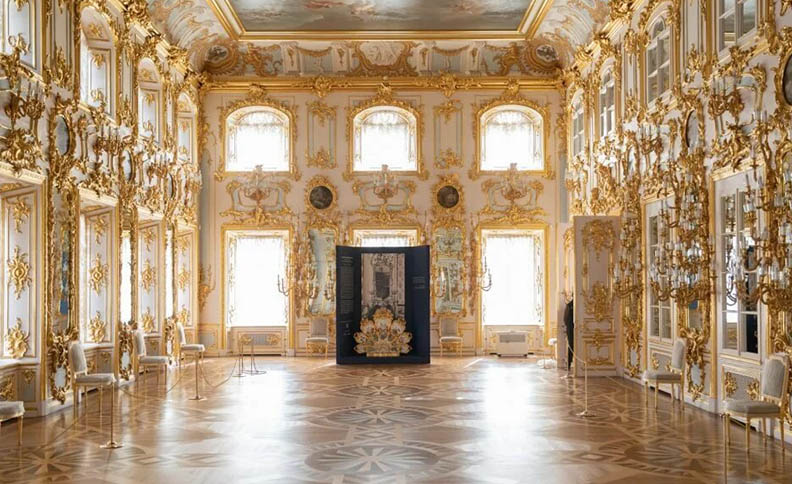 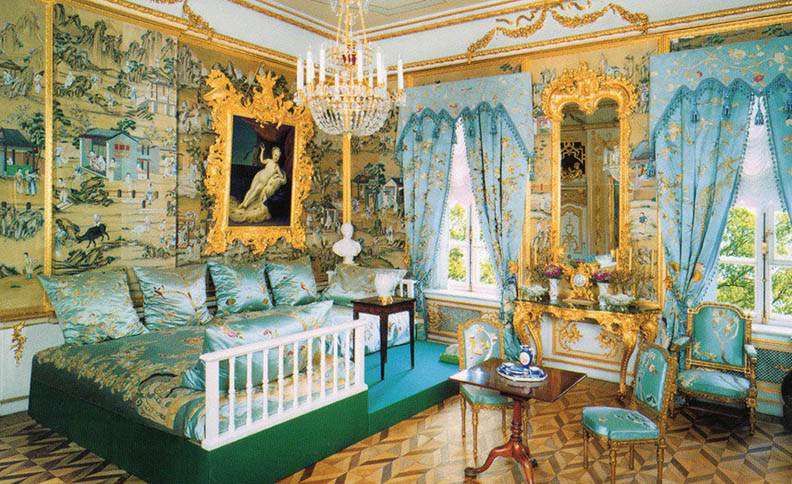 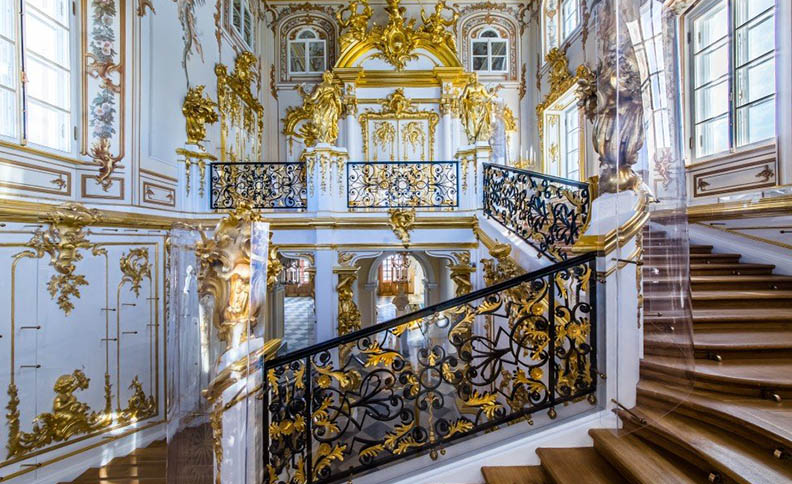 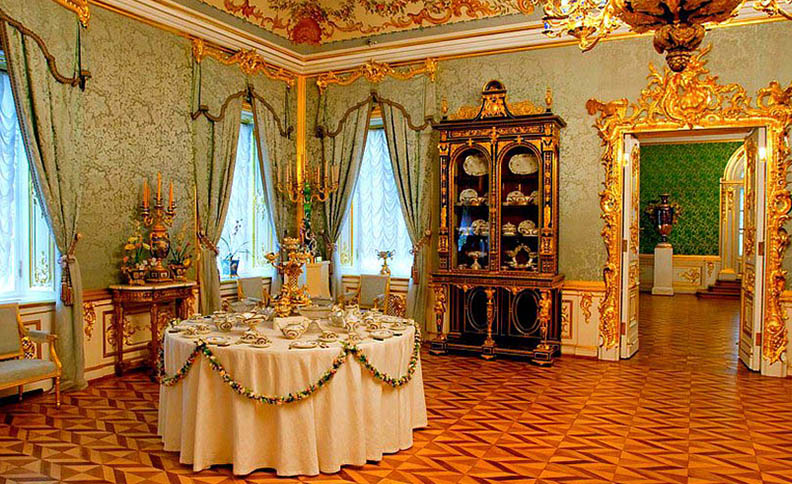 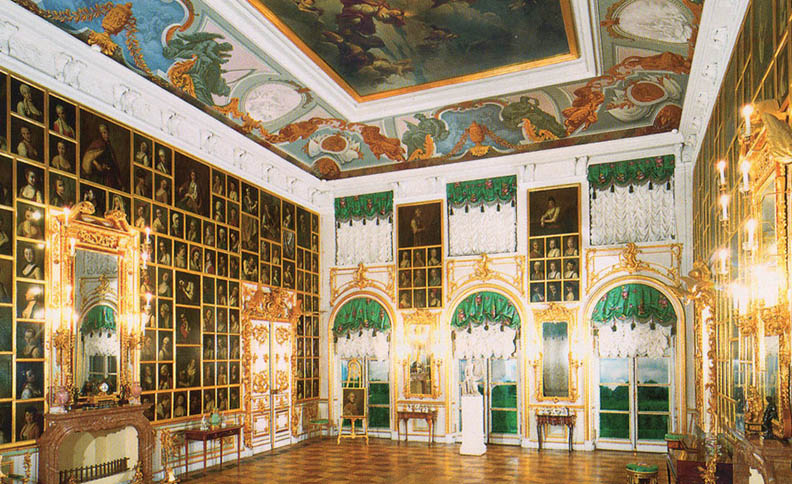 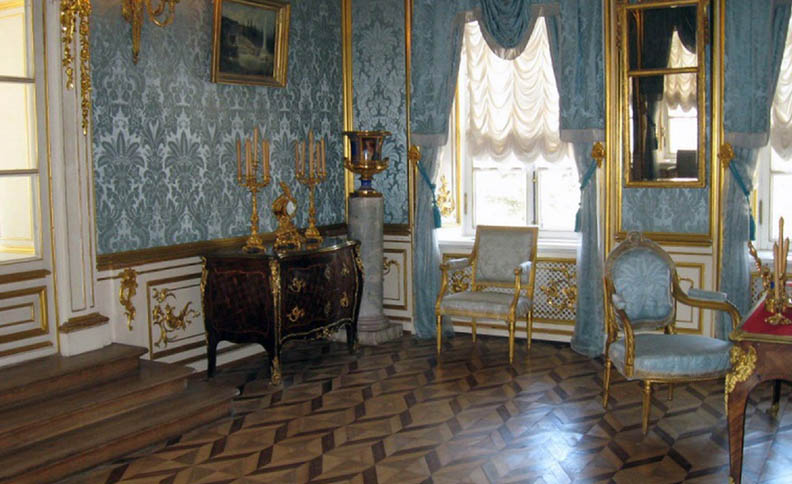 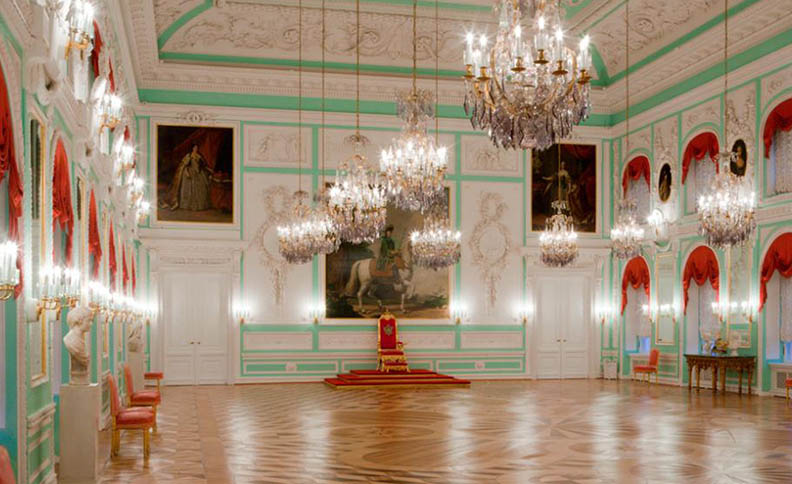 The focal point of the palace and park ensemble of Peterhof is the Grand Palace.  In 1714-24 the Upper Chambers were built by the order of Peter I by architects I.Braunstein, J.-B.Le Blonde, N.Michetti, and Zemtzov. It was comparatively small two-storey stone mansion designed in Peter’s Baroque. It stood on top of a natural hill overlooking the Gulf of Finland.

Several interiors of the epoch have been preserved till our days: the Vestibule, the Oak Staircase, and the Oak Study. During the reign of Elizabeth I the palace was considerably enlarged by architect B.Rastrelli in 1745-1755. Inside interiors amazed with elaborate decoration in Russian Baroque style. The Main Staircase, the Merchant Ball Room, the Audience Hall are sparkled with exuberant gilt woodcarving and mirrors; picturesque plafonds, silks, inlaid floors underline the luxury and the idea of the imperial power.

Catherine II ascended the throne in 1762. The palace underwent another reconstruction and its interiors were redesigned in classical style by architects J.-B.Vallen de la Mothe and Yu.Velten. In 1760-70ies the Western and Eastern Chinese Studies, the White Dining Hall, the Throne Hall, the Chesma Hall appeared in the palace. Further interior alterations were made between 1845 and 1850 by architect A.Shtakenshneider by the order of Nicholas I. Today the drawing rooms, boudoirs, bedchambers, and dining rooms of the palace are adorned with the nicely preserved authentic furniture, clocks, pieces of art made of porcelain, bronze, glass, and crystal.

Visit the grand locations Peterhof Grand Palace  and many more that St Petersburg has to offer!