Tsarskoe Selo (Pushkin), located 25 km to the South of St. Petersburg, is one of the brilliant country residences. It was created by celebrated architects, experts of landscape art, sculptors, and artists. For two hundred years it belonged to the ruling members of the Russian royal family. In 1917 the property was nationalized; palaces and parks were opened to public. The former mansions of Russian nobility were turned into orphanages and sanatoriums for children. In 1918 the town was named as Detskoye Selo or Children’s Village. In 1937 it was bestowed the name of Pushkin to mark centenary of his death. In September 1941 the Nazi troops entered the town Pushkin; the occupation lasted till January 1944. It caused an enormous damage to the palaces, museums, and parks of Tsarskoe Selo. The restoration began immediately after the war and is still going on. 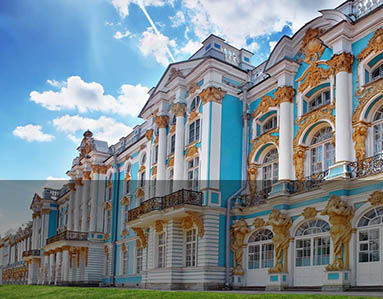 Peter I presented these lands to his wife Catherine I. In 1710 the residence was founded on the spot of a Finnish farmstead Saari Moys. In 1718 architect J.Braunstein built… Read More 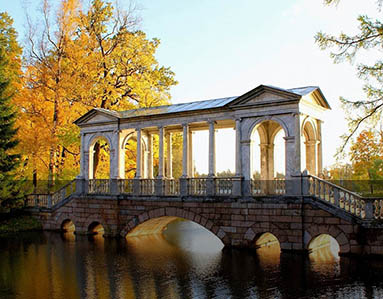 Catherine Park ensemble was created by the talented Russian and foreign architects and gardeners of the 18th and 19th centuries. On the area of 100 hectares pavilions, bridges… Read More 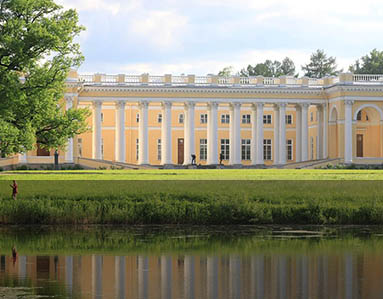 The Alexander Palace was commissioned by Catherine II for her favorite grandson Alexander, the future Emperor Alexander I. In 1792-96 architect  G.Quarenghi… Read More