In the vicinity of St. Petersburg, you can find many beautiful cities that carry tremendous historical value and attract tourists with their special charm. One of these cities is Vyborg, which captivates with the atmosphere of the old Swedish city. Founded by the Swedes at the end of the XIII century, it once belonged to the Finns. In 1710, Vyborg was captured by Peter I, and in 1721 officially became part of the Russian Empire. There are more than 300 attractions in Vyborg: architectural, historical, landscape, sculptural, and archaeological. Vyborg castle and St. Olaf’s Tower are considered the most popular among tourists. The castle was built by the Swedish crusaders in 1293 on an island surrounded by water, and for a long time was an impregnable fortress. In the XVI-XVII centuries, the Fort was regularly attacked, as a result of which it was repeatedly rebuilt. Visiting Vyborg Castle, you can not miss the opportunity to climb the Tower of St. Olaf – the highest point of the fortification and the best observation deck of the city. In addition to the castle and tower, there are many places worth visiting in Vyborg: churches and cathedrals, turrets, narrow medieval street, old building, huge area, luxury parks. The final goal of walking often becomes the island of Tverdysh, in the Northern part of which is located the Museum-reserve Park Monrepos. Having absorbed all the best from the nature of Karelia, it fascinates with its natural beauty. On high hills grow majestic pines and firs, near dark caves and gorges. 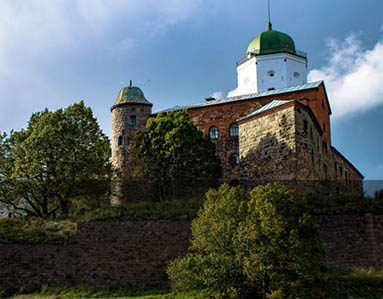 Towering on a tiny stone island, the Vyborg Castle, its majestic snow-white towers and magnificent views take you to a real medieval corner near the Northern capital, fascinate and do not leave indifferent any of its visitors… Read More 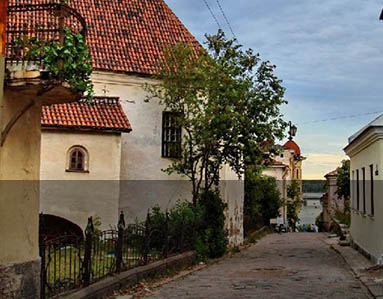 The same amazing architectural style, not typical for this region.  The building was built in Gothic traditions. In this story, we didn’t even have anything like the bizarre letter “U”… Read More 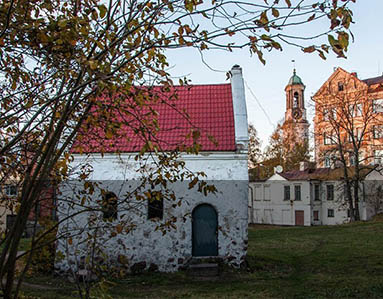 The house of the merchant guild of the Holy Spirit is the oldest stony building in Vyborg of all, built from natural malfit. This inconspicuous old building is located on Luostarinkatu… Read More 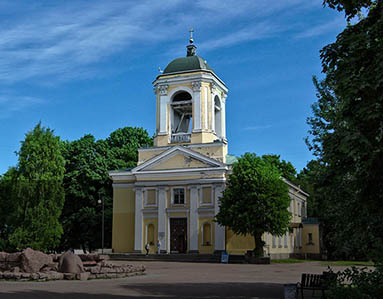 The Church of Saints Peter and Paul in Vyborg is the only surviving Lutheran cathedral consecrated on June 29, 1799… Read More 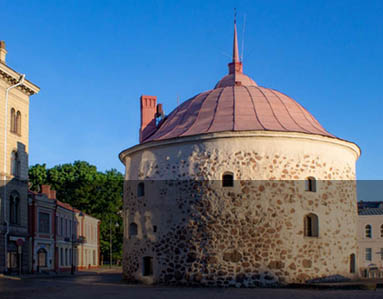 The Round Tower is one of the two surviving battle towers of the medieval Vyborg fortress. They were of tremendous importance for Vyborg, and initially served to protect against belligerent and daring neighbors… Read More 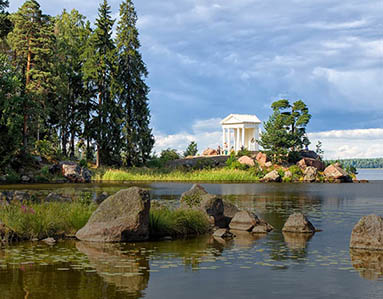 The park is ready to open its gates for those who want to find peace and silence, take a break from the urban pace of life, as well as for tourists who have come to explore the beauty of Russia… Read More 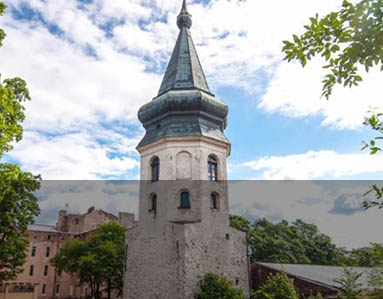 If you are looking for a historical component, the list of places to visit will include the Town Hall Tower – one of the two surviving towers of the city’s fortress wall, which… Read More 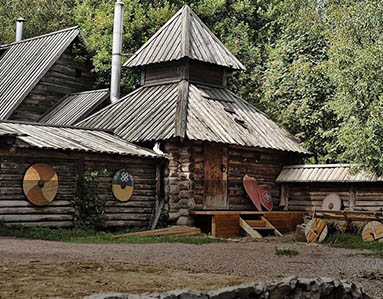 Varangian Yard is an unusual reconstruction of the Nordic people’s life, where an incredible opportunity to plunge into the historical past is born.… Read More 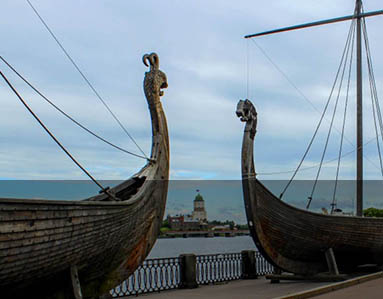 5 facts about Viking Ships in Vyborg, after which you will desire to witness them. Welcome aboard! How did the Viking Ship appear in Vyborg?… Read More